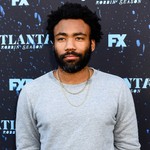 The long wait for the return of Earn, Paper Boi, Darius and Vanessa is almost over. Atlanta mastermind Donald Glover debuted the first teaser clip for the long-awaited third season of his FX series over the weekend. And, just as you’d expect, it’s full of cryptic scenes and very few solid clues about what we can expect from the gang of A-town strivers.

In keeping with the show’s often inscrutable vibe, Glover wished fans a happy Halloween in a tweet that also included a link to something called “Gilga,” which whisked them off to a site hosting the clip — at press time the video was hidden, with a note explained that, “while under construction, Gilga is a ‘nite-site’ operational hours are 8 p.m.-3 a.m.”

The minute-long trailer, soundtracked by Sun Ra’s meditative, droning 1970 spoken word jazz composition “It’s After the End of the World,” features a series of desolate, nighttime scenes from European cities — from museums to trashed hotel rooms and escalators — ending with an image of star Brian Tyree Henry (aka rapper Paper Boi) sitting at a table in front of a giant floral display with two hotel employees flanking him while facing the wall.

As the camera pushes in on the hard-grinding MC he stares into the camera with a blank look as Ra’s skronking soundtrack plays out behind him. Not surprisingly for the often cryptic, impressionistic show, the trailer didn’t provide much context or plot points, perfectly in keeping with the series’ non-linear vibe.

Three years since the finale of the show’s second season in May 2018, season three is slated to debut next year, according to FX boss John Landgraf, who told The Wrap in August that the dramedy would be back in the “first half of 2022.” He also revealed that it was mostly shot in Europe and that the third go-round had been delayed because the show went right back into production on the fourth season in Atlanta.

Watch the teaser below.