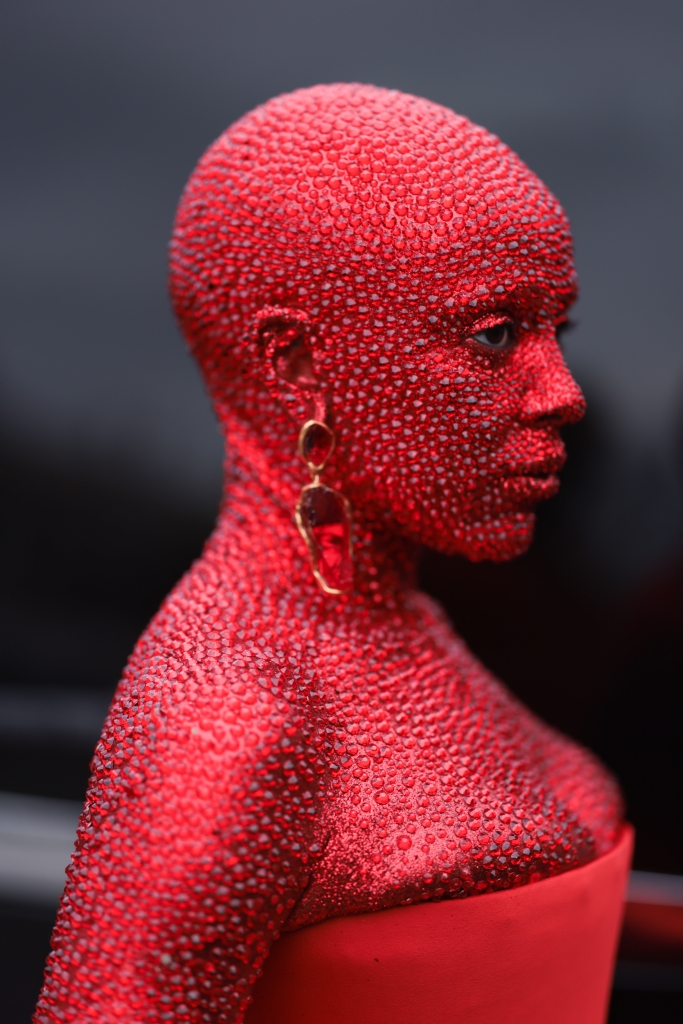 After nearly breaking the internet earlier this week with her first Paris Fashion Week look, Doja Cat is back. The Hot Pink hitmaker stunned the globe after appearing in red body paint and 30,000 Swarovski crystals. The look was reportedly designed by Daniel Roseberry with makeup by Pat McGrath, and it was said to have taken five hours to complete.

If that wasn’t enough, she returned to social media today (January 25) with another show-stopper. This time, Doja decided to do a little experimenting with false eyelashes.

Doja attended the Viktor & Rolf Spring/Summer 2023 Haute Couture show dressed in a suit, glasses, and falsies on her face. She recently shaved her eyebrows and replaced them with lashes, also adding the accessory as a mustache.

“If lashes are all you want, the lashes you will get,” she wrote on her Instagram Story.

Meanwhile, Doja cat’s fans are awaiting more news about her next moves in music. Her addition to the Elvis soundtrack soared up the charts, causing conversations about her next project.