Doja Cat Makes Nice With Rolling Ray After Being Called Out 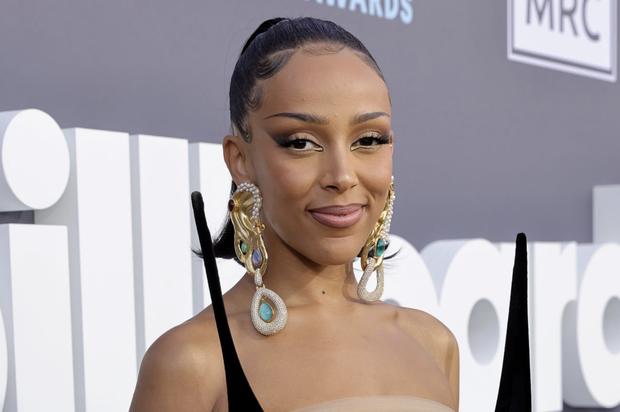 After incurring the wrath of the internet, it looks as if Doja Cat is trying to make things right with Rolling Ray. Just yesterday (August 18), Rolling Ray called out the hitmaker after she teased her clothing line, It’s Giving. To hype its release, Doja shared a video where she is only heard saying, “It was supposed to give but it did not give what needed to be gave to the highest of giving.”

Soon, people struck comparisons to Rolling Ray’s 2019 viral moment when he said, “It’s not even giving what y’all said it was supposed to gave, no, I wasted my money!”

When Ray caught hold of Doja’s news, he tweeted this to the singer: “This b*tch said let me steal from this handicap black b*tch & copy righted my saying uh whole year ago !! Lord I’m tired of fighting.”

Soon, thousands of people began arguing about this on several social media platforms, and while Doja’s fans defended her to the bitter end, their opposition wasn’t having it. Doja returned to Twitter, telling Rolling Ray that he should check his direct messages. Whatever was said there was satisfactory to Ray.

“Purr Now this giving what’s supposed to be gave,” he wrote publicly in response. Check it out below.