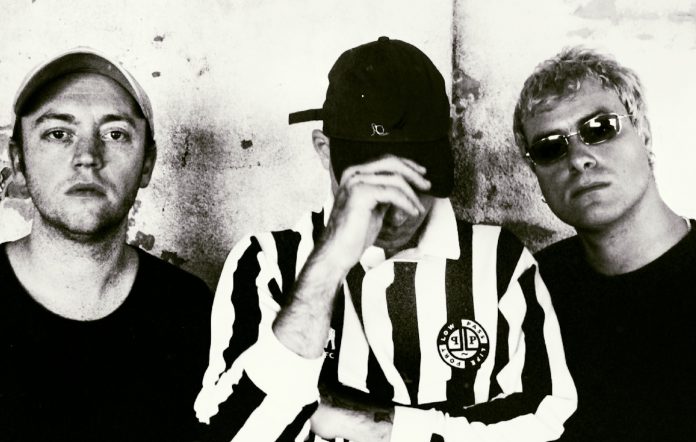 DMA’S have announced they will be performing an exclusive acoustic set at London’s Old Blue Last.

In the post on Thursday (November 11), the Sydney-native indie trio confirmed they will take to the stage next Friday (November 19), with Liverpudlian outfit Rats in support.

The show – an exclusive event hosted by Scotts Menswear – will have all of its proceeds donated to Teenage Cancer Trust.

Excited to announce we will be playing an exclusive gig for @scottsmenswear Xmas Live, at Old Blue Last, London. Supported by @thoserats .
Tickets are on sale now! First come first serve.

The show comes just a few months after DMA’S dropped a surprise EP, ‘I Love You Unconditionally, Sure Am Going To Miss You’.

In August, the band gave NME a special look at the video for the offering’s lead single, ‘We Are Midnight’, with guitarist Johnny Took saying the song was “deeply innocent” and one of the first love songs he’d ever written.

“I just remember sitting on the couch in Melbourne and playing my partner’s guitar when we’d just started going out,” Took said. “If anyone is listening to a song about new love, it’s pretty relatable and open and we wanted to capture that through the music.”

Took also added that ‘I Love You Unconditionally, Sure Am Going To Miss You’ was a “return to roots”.

DMA’S released their critically acclaimed third album ‘THE GLOW’ in July of 2020. NME said in their review of the release that it was “a bold step forward that sees DMA’s coming into their own.”