HomeNewsDJ Fat Tony says he sold his Banksy artwork “to pay my...
News 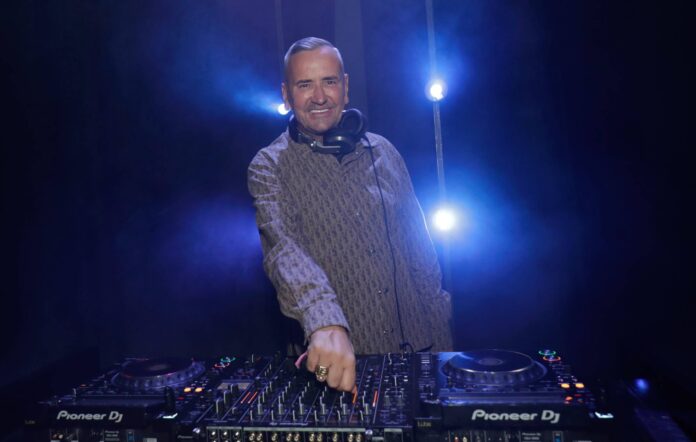 DJ Fat Tony has recalled in a new interview how he was once forced to sell his Banksy artwork in order “to pay my tax” bill.

Speaking in an interview with The Times, the DJ born Tony Marnoch was asked about “the most important lesson you have learnt about money”.

Fat Tony, who has been clean from drugs for 15 years, replied: “When I got clean, I wanted to go legit. It was daunting. I’d wake up at 2am, panicking about brown envelopes. By 7am I’d want to kill myself, because my head went to such extremes: ‘You’ve never paid tax, you’re going to prison, you’re gonna lose everything’.

“My friend recommended her accountant, who said: ‘We can sort this.’ The good thing about HMRC is, if you go to them and say, ‘Listen, this is what I’ve done,’ they like your honesty. It’s if you avoid them, you’re in trouble.”

People watch a Banksy artwork during of the “Street Art In Blu 3” Exhibition at Teatro Colosseo on June 09, 2021 in Turin, Italy (Picture: Stefano Guidi/Getty Images)

Tony added that he had to pay seven years’ worth of tax (“they only go back seven years, thank fuck”).

“I wasn’t earning much then, but the tax was a lot. £1,000 would’ve been a lot, because I didn’t have it, but luckily, in a moment of pity, someone had given me a Banksy and a Mr. Brainwash, which I sold to pay my tax.

“As a junkie, I sponged off society for a long time and I can’t make amends for that. But I can make sure I don’t ever do that again. It’s an amazing feeling not to be constantly looking over my shoulder, and now I have a great credit rating because I’m never in debt.”

Last month, Banksy was made an honorary professor at the University for the Creative Arts.

The post DJ Fat Tony says he sold his Banksy artwork “to pay my tax” appeared first on NME.