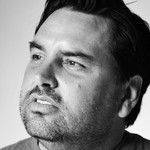 In honor of Veterans Day, leading live music promoter Disco Donnie Presents has pledged to donate $1 million worth of tickets to first responders, currently-serving military staff, veterans and gold-star families for its 2022 festivals and club shows in the U.S. The tickets, which will be donated through the nonprofit organizations Vet Tix and 1st Tix, will be valid for festivals including Ubbi Dubbi, Sunset Music Festival and Freaky Deaky, as well as for over 1,000 club dates.

The $1 million giveaway is dedicated to the memory of Disco Donnie founder and CEO James “Disco Donnie” Estopinal’s younger cousin, PFC Jason Hill Estopinal, who was killed in action in Afghanistan in 2010.

“Our first responders and veterans are the ones who keep us safe and they’ve had a rough year. We wanted to show them some love, honor their work, and spark a little joy, by welcoming our heroes to our best festivals and club shows. We invite other promoters from all types of music to join us in this effort,” said Estopinal in a statement.

Disco Donnie Presents previously paid tribute to first responders, military service members and their families by donating $150,000 worth of tickets to its 2021 Freaky Deaky Texas festival, which took place this past Halloween. The company has also made donations to local groups, including $10,000 to the Houston Food Bank and $10,000 to the Texas Association of First Responders, as well as $25,000 to Americares for Hurricane Ida relief.

In total, Disco Donnie Presents has donated over $500,000 to local charities where its festivals operate. Its combined ticket and cash donations over the past eight years total over $1.5 million.