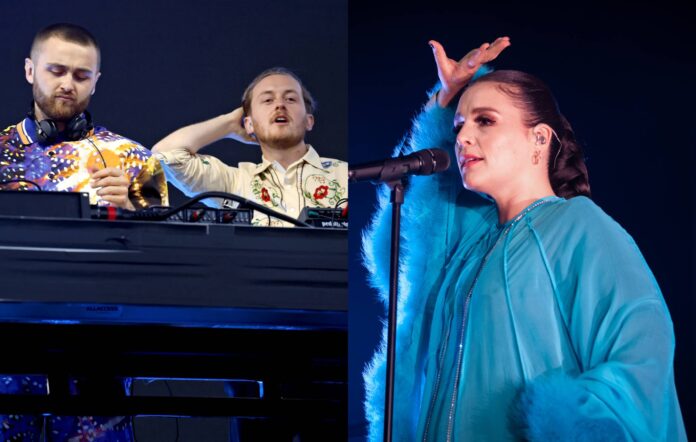 Disclosure and Jessie Ware are among the latest additions to the line-up of the inaugural MEO KALORAMA Festival in Portugal.

The event, which will run from September 1-3, will take place in Bela Vista Park in Lisbon.

The Chemical Brothers and Arctic Monkeys will headline the first two nights of MEO KALORAMA (September 1 and 2 respectively), with the likes of Kraftwerk, James Blake, Bonobo, Róisín Murphy, Years & Years and Blossoms also on the bill.

MEO KALORAMA have added more names to their line-up this week, with Disclosure set to top the bill on the festival’s final night (September 3).

You can find tickets for MEO KALORAMA Festival by heading here, and more information about this year’s festival here.

Jessie Ware will also perform at Glastonbury, The Mighty Hoopla, Parklife, The Isle Of Wight Festival and Primavera this summer.

Disclosure are set to make headline appearances at Boardmasters and All Point East Festival in August.

MEO KALORAMA headliners Arctic Monkeys are expected to release new music later this year, with their drummer Matt Helders revealing earlier this week that the band’s next album will be in a similar vein to 2018’s ‘Tranquility Base Hotel & Casino’.

“But there are riffs in there and [it’s] a bit more up-tempo, even though it’s not loud… It’s hard to explain!”