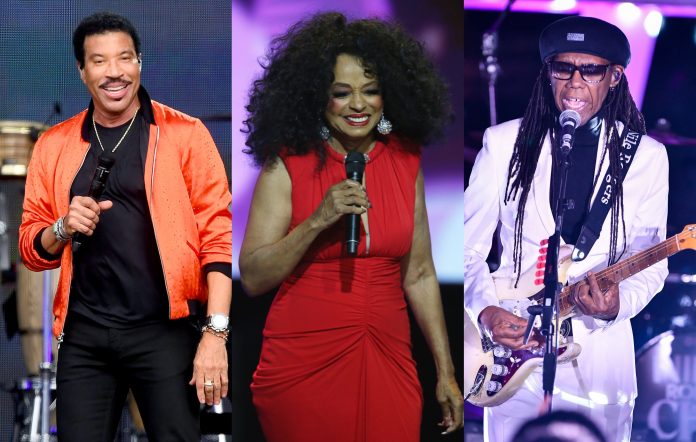 Diana Ross, Lionel Richie and Nile Rodgers & Chic have been announced for Cambridge Club Festival 2022 – check out the full line-up below.

The event is set to take place at Childerley Orchard in Cambridge between June 10 and June 12. You can purchase tickets here.

This week, organisers confirmed the first wave of acts for the “feel-good family festival[‘s]” 2022 edition. Richie and Ross will top the bill on the Saturday and Sunday respectively, with Rodgers and Chic due to appear as “special guests”.

A Friday night headliner is yet to be confirmed.

Elsewhere on the line-up are the likes of Corinne Bailey Rae, Craig Charles, Trevor Nelson, Gabrielle, Jodie Harsh and Sara Cox, the latter of whom will present her ‘Just Can’t Get Enough 80s’ DJ set.

William Young, Cambridge Club Festival’s Managing Director, said: “We are honoured to be welcoming such iconic artists to The Cambridge Club next year. Since we started out, these were some of the dream names on our list, so we’re absolutely blown away to be able to announce them.

“It’s the most apt and exciting line-up we could have wished for following the breakout success of last year – it really embodies the feel-good, dance-focused philosophy at the heart of the festival, and spans the generations so there’s something for all ages.”

He continued: “The 2021 event was incredible – to see people coming together to celebrate and dance after a tough couple of years was magical. We can’t wait to welcome even more of you to The Cambridge Club next June. We’re upping the levels and turning up the party, so don’t miss it!”

Meanwhile, headliner Diana Ross recently announced that she will take on Glastonbury’s coveted Legends Slot next year. She was scheduled to appear at the festival in 2020 before it was cancelled due to the coronavirus pandemic.

Diana Ross released her first studio album in 15 years, ‘Thank You’, on November 5.