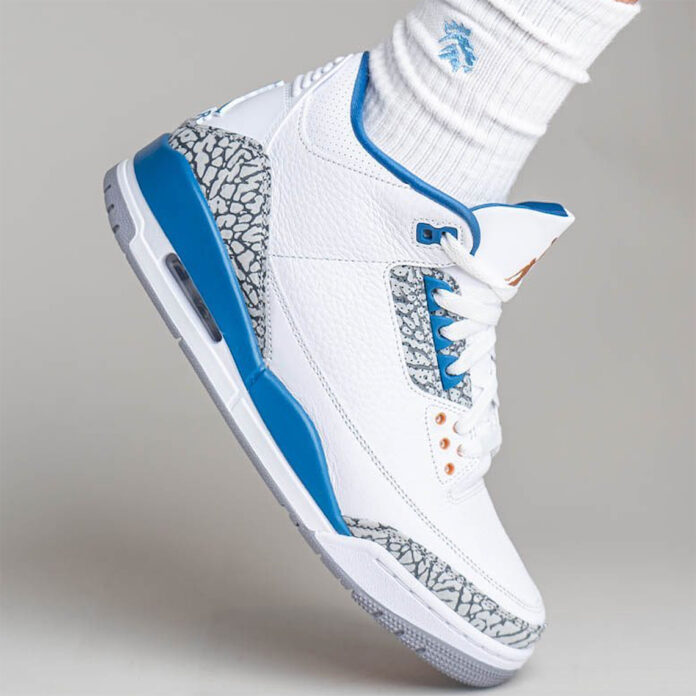 While some Jordan fanatics like to ignore the GOAT’s two-year stint with the Washington Wizards, there was plenty to remember during that post-Bulls timeline. The early-mid 2000s was a time when Jordan Brand went absolutely ham with Player Exclusives, with few holding mythical status like this Air Jordan 3.

Made in 2001 exclusively for Michael Jordan, this Air Jordan 3 captures the OG-style white and cement grey with accents that touch on Washington’s blue and copper color story. From afar, it appears like True Blue 3s, but the shade of blue is indeed lighter, while the hits of copper are seldom as it appears just the Jumpman logo on the tongue, the lace eyelets at the forefoot, and the traction pads on the outsole.

The Air Jordan 3 “Wizards” is currently expected to release on April 29th, 2023 in full family sizing, but consider all release dates subject to change.

In other Jordan news updates, the Air Jordan 11 “Cherry” release is just days away, falling on December 10th.