HomeNewsDeshaun Watson Gets Longer Suspension After Settling With NFL
News

Deshaun Watson Gets Longer Suspension After Settling With NFL 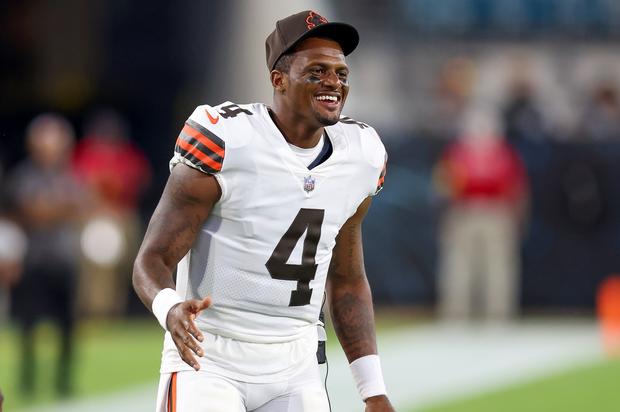 Deshaun Watson was originally hit with a six-game suspension following an investigation into his alleged sexual assaults. At the time of this ruling, many fans were confused given the fact that Watson was accused of assaulting up to 30 women. Fans found this punishment to be completely insufficient, and as it turns out, the NFL agreed.

Over the last few weeks, the NFL has been appealing the decision, and today, the league and Watson came to an agreement. Instead of being suspended for an entire year, Watson will now be suspended for 11 games, and he will have to pay the NFL a fine of $5 million. According to TMZ, his first game back will be against the Houston Texans.

Roger Goodell made a statement on the matter and noted that Watson will now have to undergo some sort of mental evaluation before following a treatment program. It’s one of the biggest punishments in the history of the NFL, but given the allegations, it’s easy to see why the NFL is doing this.

“Deshaun has committed to doing the hard work on himself that is necessary for his return to the NFL,” Watson said. “This settlement requires compliance with a professional evaluation and treatment plan, a significant fine, and a more substantial suspension. We are grateful to Judge Robinson and Peter Harvey for their efforts in addressing these matters, which laid the foundation for reaching this conclusion.”

Let us know what you think of the suspension, in the comments down below. As always, stay tuned to HNHH for more news from around the NFL.