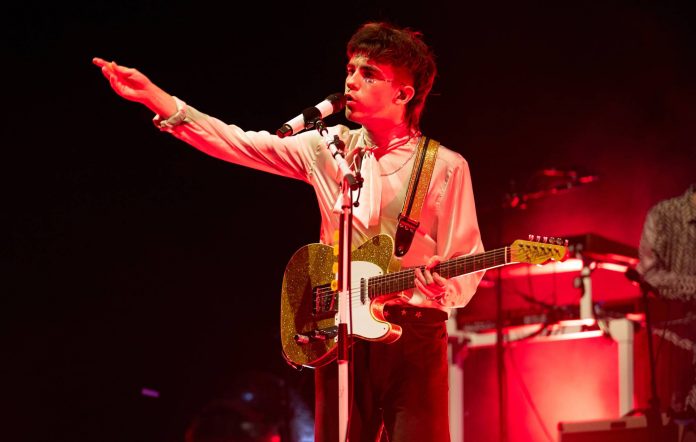 Declan McKenna has announced a concert movie, filmed during his recent headline tour in support of second album ‘Zeros’ – check out the trailer below.

READ MORE: Declan McKenna: “There is a time for understanding – and that time is now”

‘Declan McKenna: Live At Brixton Academy’ was shot in September 2021 during McKenna’s second date at the London venue and will be broadcast for free via his Vevo site. The film will premiere Thursday November 18 at 9.30PM GMT.

The show was in support of McKenna’s second album ‘Zeros’ which was released in September 2020, while the ‘Zeros’ tour was originally meant to take place in March and April 2021 but was postponed due to COVID-19.

“In these times your support means so much, so thank you. I’m devastated but even more determined to make the ‘Zeros’ tour one to remember forever,” said McKenna at the time.

Talking to NME about his community of fans, who feature heavily in the trailer for ‘Declan McKenna: Live At Brixton Academy’, the 22-year-old said: “It’s empowering to have a fanbase that seems to be living their best life. They have a sense of community and are so open about their sense of identity, even if it’s just online and not with their parents.

“We’re all growing older and figuring things out together, and it’s within this positive corner of the internet that they can be so open. I think having a space for fans to connect in such a way makes you realise that, well, that space can exist for you too.”

Elsewhere, McKenna has confirmed that he will get in the studio with Sam Fender “at some point”.

The collaboration was originally teased last year but according to McKenna, they’ve both been too busy to make it happen. “We’ve both been doing all sorts of shit,” he told NME backstage at Reading Festival.

The next day, the pair shared the stage at Leeds Festival for a performance of ‘Brazil’.