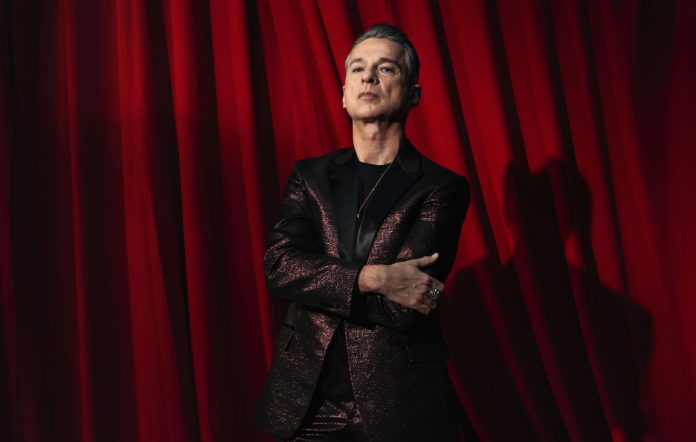 READ MORE: Dave Gahan covers Cat Power, tells us about his “liberating” new album and the future of Depeche Mode

Earlier this week, the Depeche Mode frontman and longtime collaborator Rich Machin announced an intimate headline show at London’s Coliseum on December 5. Tickets went on sale this morning (November 12) and sold out straight away. Now the pair will play a second show on December 7 at London’s Shepherd’s Bush Empire.

Tickets for the new show are on sale now.

“To get to play this special album on a stage in front of people, with the same group of musicians who recorded the album, that’s really important to me,” Gahan said. “I’m incredibly excited to present it live.”

‘Imposters’ was recorded live as a ten-member band at the famed Shangri-La Recording Studio in Malibu, CA in November of 2019 and was released today (November 12). It’s the third album from Dave Gahan & Soulsavers, following on from 2015’s ‘Angels & Ghosts’ and 2012’s ‘The Light The Dead See’.

Speaking to NME about performing the record live, Gahan said: “Performance is a huge part of me. “I hope that there are going to be some pretty unique performances of this record, certainly in London. We’re planning a few things at the moment and it looks like we might be able to do that bubble thing for six weeks and do some special stuff there.”

“I want to do performances where it’s like ‘An Evening With Imposter’. I hope we can pull it off because I really think it will be something special.”

Elsewhere in the chat, Gahan spoke about the future of Depeche Mode. “(I’ve) definitely got to that point where if I don’t have fun doing it then I’m not going to do it any more,” he said but added that he “certainly wouldn’t rule out” Depeche Mode getting back in the studio sooner rather than later.

“I know he (Martin Gore) has been pottering away in his studio as well, so I guess at some point next year we’ll get together. Hopefully at least to just have a chat about what we both feel like we could move forward with,” he added.