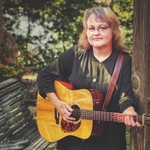 When Dale Ann Bradley, who won the 2021 International Bluegrass Music Award for female vocalist of the year for the sixth time earlier this year, first listened to “In the End,” the stunning vocalist knew she was hearing words she needed to share.

The song, which appears on her album, Things She Couldn’t Get Over, has a message we all can benefit from hearing in these divisive times: all that will matter in the end is how we treat other people and that our love can overcome hate. The video for the song premieres below.

“When I listened to this song for the first time, I knew it was a message that was needed, especially with all that has been going on in our country and the world,” Bradley, a founding  and former member of bluegrass band Sister Sadie,  tells Billboard of the tune written by Jill Gilliam. “It said to me, that what matters is what we leave on this earth for others, and we sometimes don’t remember that we are all leaving this world. What truly matters is the love and kindness we leave behind. It’s the only thing that will make things change after we are gone. We all have differences, but fighting about things that are superficial doesn’t matter, it only leaves hurt behind for generations. The only thing that lasts and nurtures future generations is how we’ve loved.”

As Bradley went to record the song, it took on an added resonance as right before going into the studio, she got a call from friend and backing vocalist Debbie Gulley telling Bradley that Gulley’s husband, Steve, who also sings with Bradley, had been diagnosed with cancer.

“We went into the studio the next day to do vocals. It took on an even deeper meaning than when I first heard it,” she says. “The main takeaway that I hope people get from this song is to live every day like it’s their last. Little things that make no difference at all, truly make no difference at all. In the big picture, those things that we think are important are not.”

The video, which is performed to a scratch vocal, was taped after Steve Gulley and two other people close to Bradley had died. “When we shot it, in my mind I imagined those three people there, and that they validated that love and kindness is all that matters at the end of the day,” Bradley says.