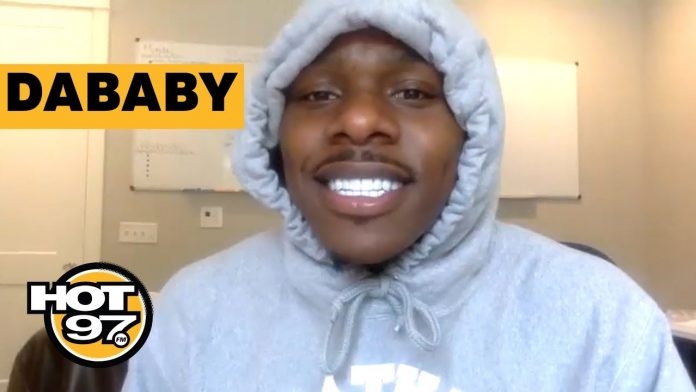 DaBaby hangs out with Ebro in the Morning to share the behind the scenes process into making his latest single “Nasty” featuring Megan Thee Stallion and Ashanti, as he reveals that Lizzo was originally supposed to feature on the track, and asking the former Murder INC. singer’s mother and manager to leave the room before recording.

He also discusses his skills as an MC, and how he feels he holds up against some of the best lyricists out at the moment. DaBaby also addressed some of his past incidents with police, and with fans, and how he plans on “moving a certain way.”

His album “Blame it On Baby” is out now.

‘I Will Be Dead … Before I Accept The REAL History Of [America] To Be Erased!’ – Rosenberg