HomeNewsCrazy Frog to return with a new single next month
News

Crazy Frog to return with a new single next month 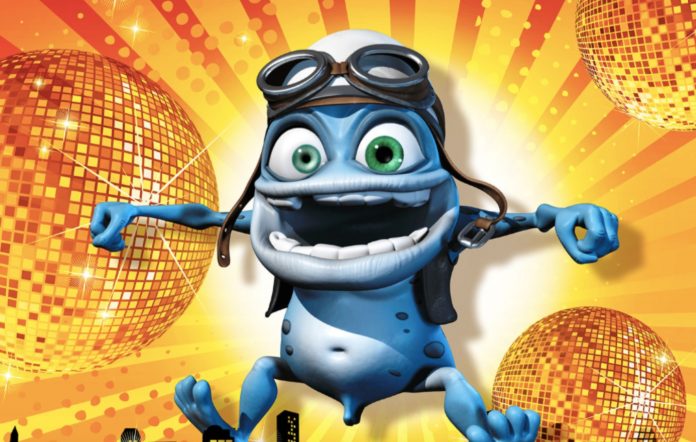 Crazy Frog, the viral CGI creature that topped the charts in the mid-’00s, is set to make an unexpected return.

The character – aka ‘The Annoying Thing’ – was marketed by the ringtone company Jamba! back in 2005, before famously beating Coldplay to Number One in the UK albums chart in May that year.

Now, it’s been announced that the irritating amphibian will make a comeback on YouTube on December 10. It comes after the frog recently teased “something’s cooking” on its official Instagram page.

As reported by the BBC, Crazy Frog’s upcoming new track will be inspired by TikTok trends while incorporating classic hits in a mash-up style.

Wolfgang Boss, president of A&R at Sony Music, owns all of Crazy Frog’s music through his Mach 1 record label. He explained that the decision to revive the character follows an interest on YouTube.

The official video for Crazy Frog’s ‘Axel F’ single was uploaded to the streaming platform in June 2009. It has since registered 3.1billion views and is the 19th most popular clip in YouTube’s history.

Explaining that the “ringtone is completely dead”, Boss hopes that the track will cross over to a new generation on TikTok.

“When we started Crazy Frog, there was no TikTok, it didn’t exist,” he said. “But right now TikTok is super important. It’s basically the number one platform for people to share new music and funny things connected with music.”

Boss is creating the comeback song with the producer Reinhard “Voodoo” Raith, who was behind the original Crazy Frog single.

The character spent four weeks at Number One in the UK with ‘Axel F’. Chris Martin joked that Crazy Frog was “a bit arrogant, to be honest” upon Coldplay‘s chart defeat. The frontman also impersonated the ringtone during a performance on Friday Night With Jonathan Ross.

The post Crazy Frog to return with a new single next month appeared first on NME.