Corey Taylor says Slipknot wanted to “make amends” with Joey Jordison before his death: “I just wish we hadn’t lost him this soon” 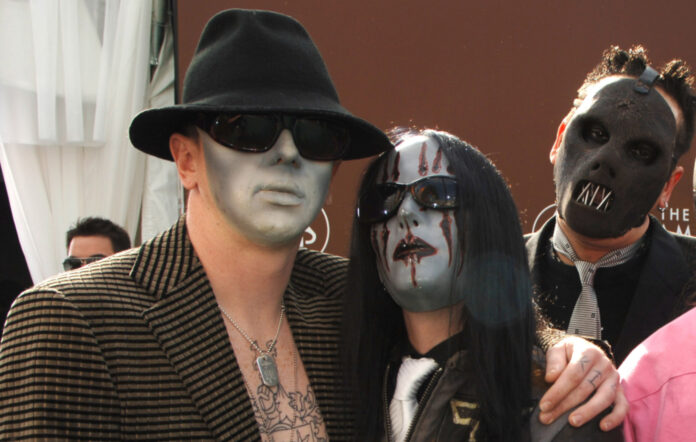 In an interview with The Fader, Taylor said the realisation that Jordison was no longer with them “crept in” as Slipknot worked on their latest album, ‘The End So Far’.

“We dedicated the album to him,” Taylor said. “We hoped it wouldn’t happen, and when it did it was a sad resolve that… for somebody that creative and explosive.

“I just wish we hadn’t lost him this soon. We were hoping to mend fences with him, and it’s one of those things that tells you: whatever you need to do, do it now, because you never know when you’re gonna lose somebody.”

The death of Jordison last year, aged 46, marked the second passing of a member of Slipknot, following that of bassist Paul Gray in 2010. Discussing the experiences of both Jordison and Gray’s deaths, Taylor said: “They definitely woke us up a little bit, made us realise we’re on the other side of youth.

“There’s gonna come a time when we start losing each other again, and we should take advantage of the time we have right now with each other. I’ve tried to let these guys know how I feel about them and the music we’ve made together.

“We’re all such different people, and the fact that after all these years we’re still doing it together — and still doing it at this pace — you have to embrace each other after that.”

Taylor’s comments follow those made last week when he spoke about his relationship with his former bandmate and fellow co-founder.

Speaking with Zane Lowe on Apple Music, Taylor said: “We had talked over the years every now and then – it would just be random – but we never said to each other what we needed to say to each other. At least I didn’t say it to Joe.

“But that was the complicated thing about Joey, was the fact that he was so many different people in one person… He had demons that would’ve killed normal people. He was one of the true musical geniuses I’d ever met. He was just complicated.”

Slipknot released their seventh studio album, ‘The End So Far’, on September 30. “Aside from the blood, the gore, the theatrics and the noise, there’s clearly always been much more to the band’s ability to shock and surprise,” NME‘s Andrew Trendell wrote in a four-star review of the band’s latest. “And now it seems their next left turn of an era could be their most daring yet.”

The post Corey Taylor says Slipknot wanted to “make amends” with Joey Jordison before his death: “I just wish we hadn’t lost him this soon” appeared first on NME.