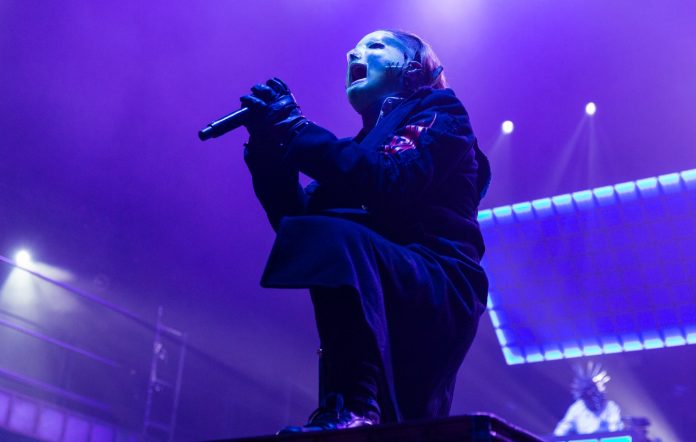 Slipknot‘s Corey Taylor has confirmed that new music from the band is imminent.

Speaking on The Eddie Trunk Podcast, Taylor said that Slipknot’s new album is almost done and that the first single will be coming soon.

READ MORE: Corey Taylor: “If I can wear a mask for a two hour Slipknot show, people can wear one for five minutes in a grocery store”

He said: “It’s pretty much done. I’d say it’s probably about 80 per cent done. We’re finishing up some music [and] I’ve got a couple more songs to sing.”

“However, I will say this: don’t be surprised if in the next month or so you hear something new.”

Taylor also gave some hints about what the album’s lead single might sound like. He said it’s “more of a ​‘let’s bludgeon everybody and remind them why we’re still Slipknot’ kind of vibe”.

Listen to the full interview here:

Back in August, Taylor revealed that he had just three songs left to record for Slipknot’s upcoming new album.

Speaking to fans as part of this year’s GalaxyCon, the frontman discussed the status of the follow-up to 2019’s ‘We Are Not Your Kind’, which has a tentative 2022 release.

“I was actually supposed to finish my vocals this week,” Taylor said. “I got screwed, man, [by the COVID diagnosis]. I actually only have really three songs left to do.

“I’ve done all the other tracks because I’ve been doing ’em in between tours, just fucking hitting it.”

Slipknot will hit the road in Europe next year for a series of tour dates.