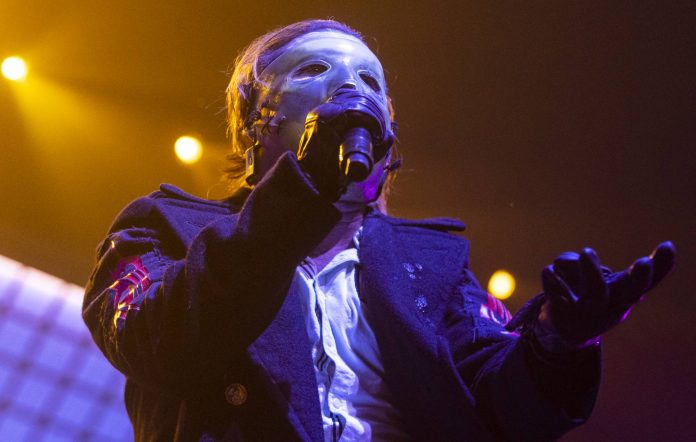 Slipknot frontman Corey Taylor has promised fans some “cool surprises” when they perform their Knotfest Los Angeles show next month.

READ MORE: Corey Taylor: “If I can wear a mask for a two hour Slipknot show, people can wear one for five minutes in a grocery store”

The band will bring their travelling roadshow with Killswitch Engage, Fever 333 and Bring Me The Horizon to the Banc Of California Stadium on November 5 for the biggest headline concert of their careers. Vended, the band that features the sons of Slipknot members are also performing.

The show will be live-streamed across the internet on the same evening, with $15 (£11) early bird tickets available here.

“The cool thing is that we really worked on a pretty fucking killer set to put together, which we kind of pieced together over some rehearsals – just kind of trial and error, putting the show together and really got it locked tight,” Taylor told Knotfest.com‘s Ryan J. Downey.

“But, having said that, we’ve got some cool surprises ready for Knotfest LA. Just for the fact that our career’s kind of been leading towards this now. And the fact that we have such a stacked line-up – not just Bring Me, but, obviously, Killswitch, Fever 333, Code Orange, my son’s band Vended, my wife’s dance [group] is gonna be doing an incredible show right before Bring Me plays.”

He continued: “We’re all really, really stoked that we’re gonna be able to do something really special for LA, and, honestly, our first real stadium show.

“So that’s what I’m most stoked about – not just our show, but just the fact that we’re putting something on as a testimony to the music we love, the fans that we love to play for, and just hopefully the start of something massive in the future.”

Slipknot returned to the stage on September 4 after an 18 month break to play the Rocklahoma festival, where Taylor also debuted his new mask.

The band’s last album ‘We Are Not Your Kind’ was released in August 2019 and Taylor recently confirmed that new music would be arriving soon. The band will be hitting the road next year for a series of tour dates in Europe.