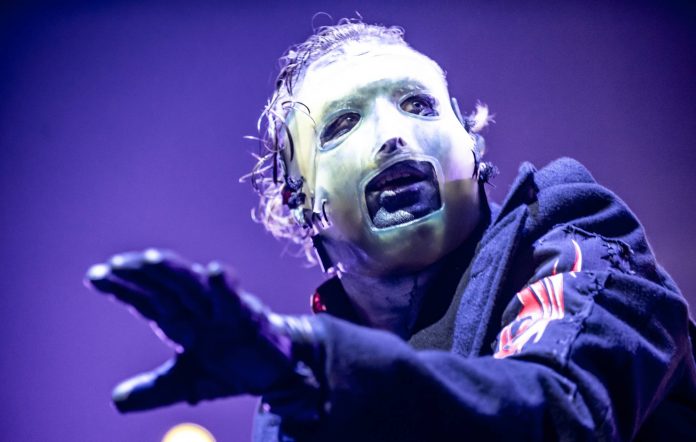 Corey Taylor addressed the Astroworld tragedy during a recent Slipknot show, reminding the audience to “look out for one another” – watch the video below.

READ MORE: Slipknot at The O2, London: The masked menaces where they belong – with as many people as possible

Last weekend, eight people died and hundreds more were injured during a “mass casualty” crowd crush at Astroworld, a festival curated by Travis Scott. A ninth person passed away from their injuries on Thursday (November 11).

During a recent Slipknot show, vocalist Corey Taylor spoke to the crowd about the importance of looking out for another in the wake of the tragedy.

“I’m not going to bring everything down but I feel like it needs to be said. One of the wonderful things about this genre, about this audience, about this family is that we look out for one another,” he said on Thursday night, during Slipknot’s performance at Florida’s Welcome To Rockville festival.

“This is supposed to be a place of celebration, of love and about looking out for one another,” he continued. “And everybody that’s ever been in a fucking mosh pit knows, if somebody goes down, you get them right the fuck back up. So I want you all to hold on to the memory of those eight souls that we lost.”

He added: “But I also want you to remember this. No matter what show you go to, if you’ve got eyes, you keep them open, you keep them focused and you look out for one another.”

Since the Astroworld tragedy, Travis Scott has asked the families of those impacted to get in touch via email. The statement, shared by his team, said: “He is distraught by the situation and desperately wishes to share his condolences and provide aid to them as soon as possible, but wants to remain respectful of each family’s wishes on how they’d best like to be connected.”

Scott has said he will pay for the funeral costs of victims of the Astroworld incident, and has partnered with counselling app BetterHelp to provide online therapy for those in need.

In the wake of the tragedy, lawsuits have continued to grow against Scott, festival promoters Live Nation, and more, with more than 90 being filed by attendees while experts have claimed that Astroworld organisers “weren’t prepared” for the huge crowd.