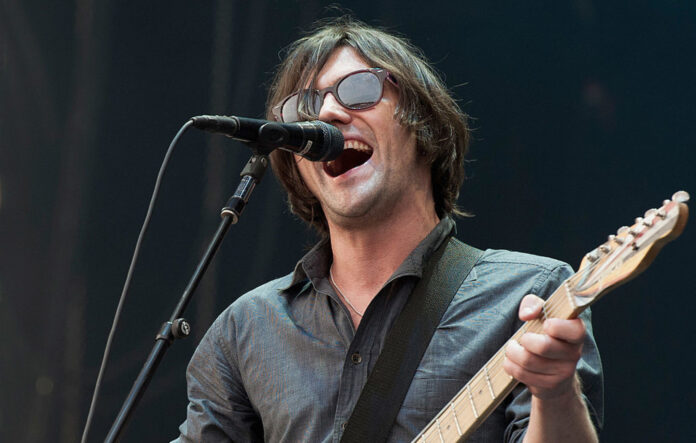 Conor Oberst has reportedly walked off stage during a Bright Eyes gig.

According to reports from fans at the show (via Brooklyn Vegan), Oberst left the stage after just two songs during the band’s show at The Lawn at White Oak Music Hall yesterday (May 22).

Jezebel Senior Reporter Caitlin Cruz, who was at the gig, added: “Bright Eyes played two songs. Conor Oberst walked off. And now the band is suggesting Bright Eyes karaoke with Bright Eyes for the crowd.”

In later tweets, Cruz said that the karaoke went on for a few songs before the venue cancelled the show and refunded tickets.

The group are scheduled to play New Orleans’ Orpheum Theater tonight (May 23) and a New York show is scheduled for June 3.

NME has reached out to representatives of Bright Eyes for comment.

This is a disaster and I appreciate the attempt at triage but jesus pic.twitter.com/WIZDvXIs7C

hope Conor is okay. @WhiteOakMH employees were such champs about an increasingly not great situation. gonna go watch some basketball from my big tv instead of my gf’s phone.

Email from @WhiteOakMH: “Due to unexpected circumstances, Bright Eyes was unable to perform at White Oak Music Hall and the show has been officially cancelled.” pic.twitter.com/1r8Ssfu1ld

Last month, Bright Eyes stopped by The Late Show With Stephen Colbert to deliver a performance of ‘Dance And Sing’.

The song – which Oberst and co. performed with a full band and a miniature orchestra – features on the band’s 2020 album ‘Down In The Weeds, Where The World Once Was’, which marked their first full-length project in almost a decade.

The band are preparing to reissue all nine of their studio albums along with a ‘Companion’ EP featuring new recordings of songs from the original release plus a cover version from an artist they found particularly inspiring at the time.

In February, the band shared new recordings of ‘Falling Out Of Love At This Volume’, ‘Contrast And Compare’ featuring Waxahatchee, and ‘Haligh, Haligh, A Lie, Haligh’ with Phoebe Bridgers from the six-track Companion EPs.

he band have also announced a series of UK, Ireland and shows in Europe kicking off in London on August 30. Their tour will also call at Manchester, Birmingham, Glasgow and Dublin. You can purchase tickets here.