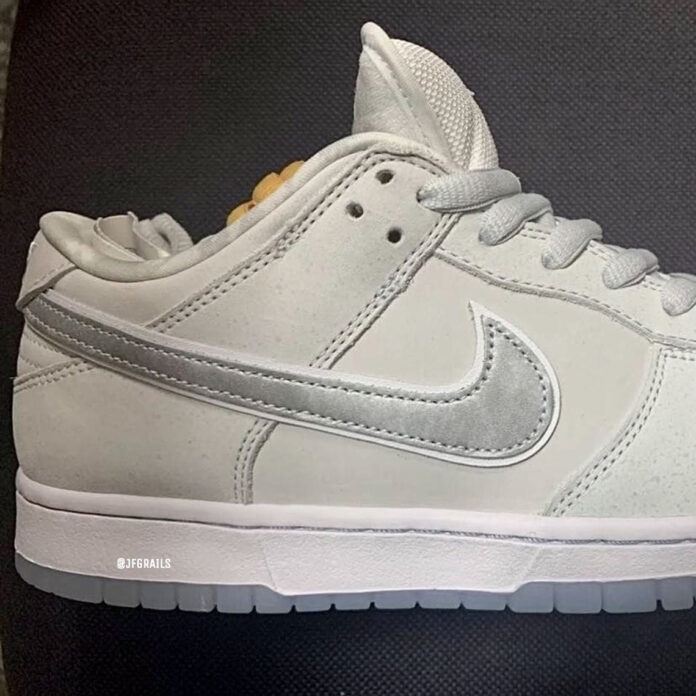 With the release of the Lobster Dunks back in 2008, Concepts and Nike SB began what would become one of the most iconic sneakers sagas of all-time. And following a brief, two-part reunion in 2018, it was revealed that the two would be releasing an “Orange Lobster” colorway for 2022. That’s not all the duo has in store for us, evidently, as rumor has it a “White Lobster” is in the works for 2023.

Following in the footsteps of what is now six different iterations, the Concepts x Nike SB Dunk Low “White Lobster” doesn’t stray far from the established formula. But according to the available images, its colorway is not quite as vibrant as its crustacean-inspired predecessors, with white dressing the textured suede base, lace unit, and midsole. Greys, then, outfit the shoe’s signature band — a detail present on every release prior — as well as the Swoosh, while light blues round out the look by way of the midsole stitching and outsole.

The “White Lobster” Dunk is sure to be as rare as what it’s inspired by. At the time of writing this, though, not much is known about the 2023 release. More details are likely to surface within the next few months, so sit tight.