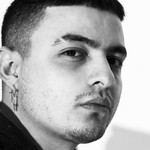 Born Kevyn Mauricio Cruz Moreno, the 25-year-old artist is behind chart-topping hits such as “Tusa” by Karol G and Nicki Minaj, Maluma’s “Hawái” and J Balvin and Tainy’s “Agua,” to name a few. The deal will see future releases of his songs as an artist. With “Nueva Versión,” which releases today, he makes his debut as a singer-songwriter.

“Keityn is undoubtedly one of today’s top and most complete artists,” Gabriela Martinez, managing director Warner Music Latina, said in a statement. “His new musical work with his lyrics and rhymes represent an unprecedented new sound, and his voice confirms his unstoppable talent.”

“For me it is a pleasure to be part of the Warner family, this is one of the largest labels in the industry and I’m extremely happy,” Keityn expressed. “It is incredible to know they trust me, and my talent and I hope to do amazing things with this great family.”

Juan Vargas, Keityn’s manager added: “It is a pleasure to start this new stage in his rising career, with the support of a Warner Music Latina. It means a lot to be backed by a such a great record label.”

Keityn is up for three Latin Grammys, including song of the year for “Agua” and “Hawai” and best urban song for “Agua.” Earlier this year, Billboard caught up with the artist who’s “Tusa (Heartbreak),” which he co-wrote with Ovy on the Drums, won song of the year at the ASCAP Latin Music Awards.

“It’s a song that a woman or a man can sing,” Keityn said talking about the hit song. “It’s a situation a lot of people go through so they identify with the song. Plus, the combination of Nicki with Karol; that was explosive.”