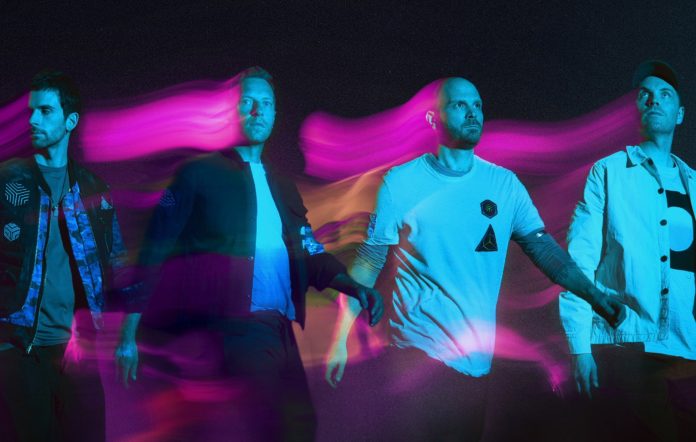 Coldplay have announced details of a two-day immersive event in London, dubbed ‘The Atmospheres’.

The event, which will take place next weekend (October 15-16) and comes in association with Amazon Music, will also be taking place in New York, Tokyo and Berlin.

A press release about the event states: “Inside the custom-built installation, fans will be transported to The Spheres – the distant solar system that plays host to the band’s latest album, where each of the twelve tracks is twinned with a different planet.

The event is said to “recreate the alien worlds at the heart of the album” and see fans able to “create their own alien language messages, snap selfies in the augmented reality photobooth, and even help to power the experience through bespoke kinetic walkways.”

Coldplay said: “We’re excited to partner with Amazon Music to bring Music of the Spheres to life. The Atmospheres will take fans on a trip through The Spheres and into the heart of the album.”

Fans can book a slot at the free London event, which takes place at Principal Place from 10am-8pm on Friday, October 15 and 9am-7pm the following day, here from tomorrow (October 8).

Coldplay are set to release their ninth studio album ‘Music Of The Spheres’ on October 15, the day that ‘The Atmospheres’ begins.

The band are also set to play a week-long music residency on The Late Late Show with James Corden, which will see the band performing tracks from their new LP, with their recently announced collaboration with Selena Gomez, ‘Let Somebody Go’, set to receive its live television debut.

Next week the band will also perform at London’s Shepherd’s Bush Empire to further launch ‘Music Of The Spheres’. All proceeds from the one-off gig will go to the environmental charity ClientEarth.

The song has reached the top spot of the Billboard Hot 100 in the US, marking Coldplay’s second-ever US number one single and BTS’ third number one song of 2021.