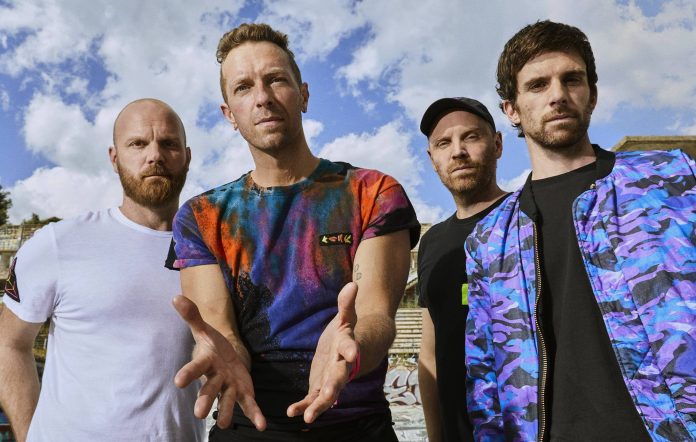 Coldplay have announced details of their 2022 world stadium tour, with an emphasis on environmental sustainability – see the dates, ticket details and information on the band’s eco-friendly measures below.

Back in 2019 the band announced that they were taking time to consider how they would tour in the future in order to make it as environmentally friendly as possible.

Later this month (October 22), they will become the first act to play the newly renamed Climate Pledge Arena in Seattle, Washington, the first zero-carbon arena in the world.

Coldplay’s new tour dates – which come on the back of the band’s new album ‘Music Of The Spheres’, out tomorrow (October 15) – will see the band supported by H.E.R. and London Grammar, and begin in March in Costa Rica.

North American dates will then take place across May and June, before the band head to Europe in July. A UK run of shows closes the tour, including three dates at London’s Wembley Stadium.

Fans can register for tickets for the US leg of the tour here, while priority tickets for the London and Glasgow shows go to fans who have pre-ordered ‘Music Of The Spheres’ on the band’s official webstore.

Tickets for the UK dates will go on sale to the general public on October 22 at 10am local time here and here. Full ticket details can be found here.

See the full list of Coldplay’s 2022 dates and watch the tour’s trailer below:

*with H.E.R.
^with London Grammar

Discussing the idea behind the tour, the band said in a statement: “Playing live and finding connection with people is ultimately why we exist as a band. We’ve been planning this tour for years, and we’re super excited to play songs from across our whole time together.

At the same time, we’re very conscious that the planet is facing a climate crisis. So we’ve spent the last two years consulting with environmental experts to make this tour as sustainable as possible, and, just as importantly, to harness the tour’s potential to push things forward.

“We won’t get everything right, but we’re committed to doing everything we can and sharing what we learn. It’s a work in progress and we’re really grateful for the help we’ve had so far. If you’d like to come to a show and sing with us, we’re so excited to see you.”

Integral to the tour are its eco-friendly measures, which have been set out on a new ‘sustainability’ section of Coldplay’s official website.

The measures include cutting direct emissions by 50 per cent compared to the band’s last tour in 2016 and 2017, using 100 per cent renewable energy and having solar installations at every venue.

Fans who travel to the shows by public transport will be rewarded with discounts, while the band are donating 10 percent of all of the tour’s earnings to climate change organisations. One tree will also be planted for every ticket sold.

Reviewing the gig, NME wrote: “The intimate settings bring out a rawer, rougher and slightly goofier side of the band. With only a few thousand fans to please – as opposed to the enormous crowds they pack into stadiums – they loosen up.”