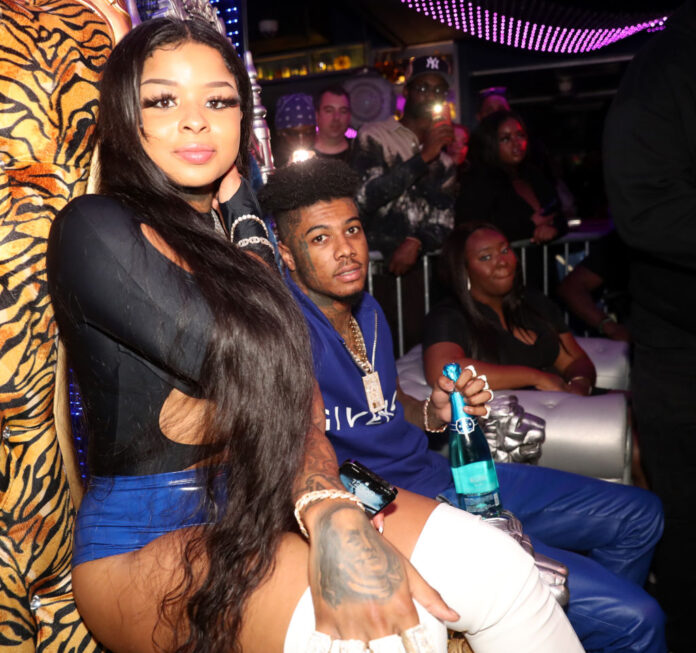 Chrisean Rock has responded to Blueface’s remarks about wanting a paternity test following her pregnancy announcement. Speaking with Complex, Rock addressed her partner’s comments and admitted she’s hoping for twins. The interview came ahead of the premiere of Zeus Network’s new show Baddies West in Los Angeles.

As for Blueface’s response on social media to the pregnancy, she explained he was “just being a clown.”

“He’s just mad that I went to Baltimore and didn’t tell him.”I said I was in LA with my home girl Stunna [Girl] and I wasn’t,” she continued, before adding, “I was in Baltimore with my family. I took a trip, and he’s blowing up my phone like, ‘Where you at? Where you at?’ I ghosted him for a whole 24 hours, so he can’t live with that. He didn’t know if I was with a n***a or if I was really with my family, so he got to poppin’ it like a little bitch. [laughs] The fuck?”

Rock also responded to Blueface’s claim that she “had encounters with 10 different men in the last year.”

As for her future plans, Rock revealed: “I’m going up. I’m going to take advantage of the moment. Start dropping merch, I’m just going to do a lot. Do some shit with the Baddies, Natalie Nunn. Do some more shit with Zeus.”

Chrisean Rock surprised Blueface with news of the pregnancy on his 26th birthday, last week. She’s spoken candidly about having had multiple abortions the past, but says she intends to keep this one.