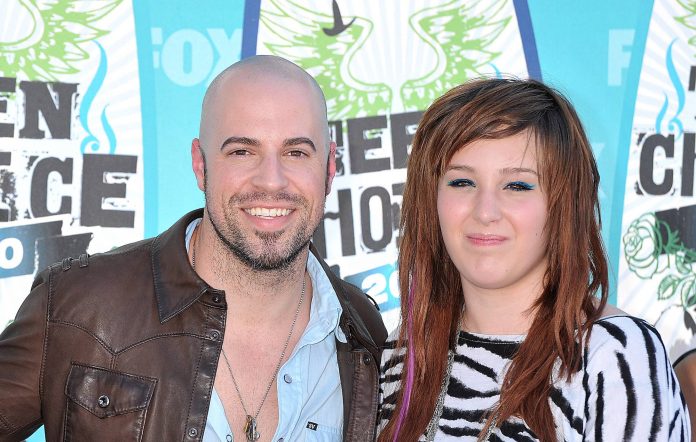 Singer-songwriter Chris Daughtry’s 25-year-old daughter Hannah has been found dead, with the death being treated as a homicide.

A report by TMZ says that Hannah’s boyfriend Bobby Jolly has been arrested by police, but they are declining to confirm whether it is in connection with her death.

Revealing the news in a post on social media, Daughtry said he was “absolutely devastated and heartbroken” by the news.

“I am still processing the last 24 hours,” he wrote. “I am absolutely devastated and heartbroken. I just recently lost my mother to cancer but I was blessed with the chance to say goodbye and I was processing it privately.

“We never got to say goodbye to our precious Hannah and it’s another huge hit to our family. Thank you all for your kind words and condolences. They are truly felt and appreciated. I am now taking time (to) be present with my family as we attempt to heal from this devastating loss. Hannah, I love you. I miss you. I wish I could hold you. This hurts so deeply.”

In a separate post, Hannah’s mother Deanna said the family are “awaiting the autopsy results to determine how Hannah sustained the injuries that caused her death,” adding that “our hearts are broken”.

Daughtry has announced that all his forthcoming scheduled live shows have been postponed in light of the tragedy.