HomeMusicChris Daughtry Mourns the Sudden Death of His Daughter Hannah: ‘This Hurts...
Music

Chris Daughtry Mourns the Sudden Death of His Daughter Hannah: ‘This Hurts So Deeply’ 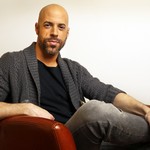 Chris Daughtry is postponing dates on his current U.S. tour following the sudden death of his 25-year-old daughter.

“Due to the unexpected death of Chris and Deanna Daughtry’s daughter, Hannah, all currently scheduled shows for the coming week for Daughtry have been postponed,” Daughtry wrote in a statement on Instagram Saturday (Nov. 13).

Hannah was found dead at her home in Nashville on Friday, People reports.

The singer’s statement continued, “The Daughtry family thanks you for your understanding and respectfully asks for privacy during this very difficult time. Further details will be made available at a later date. The investigation into this tragic death is still ongoing.”

Daughtry’s The Dearly Beloved Tour, named after the band’s latest album, is currently scheduled through the end of December, with a handful of shows scheduled in 2022. Two of the dates (Nov. 13 in Silver Spring, Maryland, and Nov. 14 in Uncasville, Connecticut) had been postponed at press time, according to the group’s website.

Hannah is Deanna’s child from a previous relationship. Daughtry, 41, and his wife, 48, also share 10-year-old twins, Adalynn Rose and Noah James. The couple met in 2000.

The Grammy-nominated singer, who came in fourth place on season five of American Idol in 2006, shared an emotional message on Instagram following the news of his daughter’s passing.

“I am still processing the last 24 hours. I am absolutely devastated and heartbroken,” Daughtry wrote alongside a photo of Hannah. “I just recently lost my mother to cancer but I was blessed with the chance to say goodbye and I was processing it privately. We never got to say goodbye to our precious Hannah and it’s another huge hit to our family.”

He added, “Thank you all for your kind words and condolences. They are truly felt and appreciated. I am now taking time be present with my family as we attempt to heal from this devastating loss. Hannah, I love you. I miss you. I wish I could hold you. This hurts so deeply.”