HomeNewsCharli XCX says fans can expect “an overload of sexiness” on new...
News 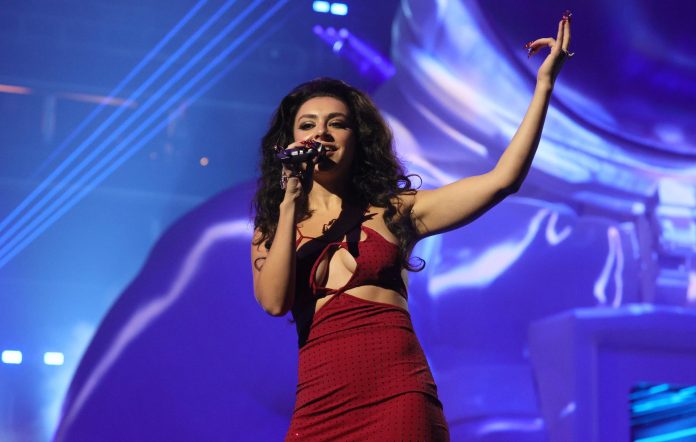 Charli XCX has revealed more about what fans can expect from her forthcoming album.

The singer said in a recent takeover of The Chart Show on Apple Music 1 that her fifth album is deeply sensual, sexual and has “demonic” aspects to it.

Referencing her latest single ‘Good Ones‘ which will appear on the record, she said: “It definitely sets the palette for the rest of the album. It is heavily ’80s inspired. There are a lot of uptempo tracks. It’s dark, it’s kind of sexy and sexual and sort of demonic at points, I suppose. But then there are lighter moments too” [quotes transcribed by MusicNews].

“But yeah, I think the whole record is about my relationship with relationships and sex and power, but the song itself, I suppose, it’s about falling for a toxic person, being always ready to put myself in the most dangerous positions, just to feel something which I guess it’s kind of the whole record, but I feel like we’ve all been there at points in life.”

She continued: “The fans can expect an overload of sexiness. I want it to all feel sexy. Like the music, the sounds, the tour, the videos, the clothes, the way they feel. So that’s kind of my hope really that everyone just discovers they’re in a sexy demon and it all comes out.”

The singer said recently that she plans to release her new album next year.

Elsewhere on the show Charli spoke about her favourite song of 2021 so far: Doja Cat‘s ‘Get Into It (Yuh)’.

“There is no other song released this year that’s going to top that song for me. I think it is art. That song is just pure art. What I love about it is I gravitate towards artists who have personality and who are truly unique and nobody else could sing their songs or rap their songs or whatever and ‘Get Into It (Yuh)’ is exactly that.

“No one could do that like Doja does it. It’s just like the pores of that song are like bursting at the scenes with her personality and it makes me feel alive when I listen to it,” she said.

The post Charli XCX says fans can expect “an overload of sexiness” on new album appeared first on NME.

Share
Facebook
Twitter
Pinterest
WhatsApp
Previous articlePanama stuns US in World Cup qualifier
Next articleStray Kids’ Bang Chan and Felix talk about adapting to life in Korea: “We stayed up all night, we cried together”