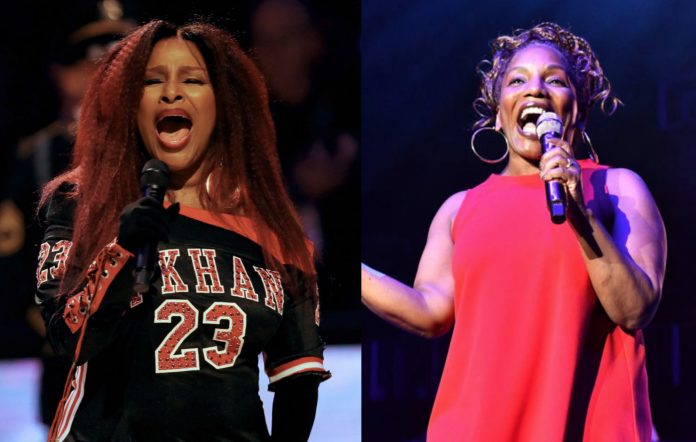 Chaka Khan and Stephanie Mills have been announced as the next two artists to go hit-for-hit in the popular VERZUZ battle series.

READ MORE: Timbaland and Swizz Beatz on VERZUZ battle series: “We want to celebrate the architects of good music”

VERZUZ is the popular entertainment series that pits producers, songwriters and artists against each other in a rap battle style format that is broadcast via Instagram Live, Triller, YouTube, Facebook, and Fire TV.

Competitors take it in turns playing a song from a list of 20 from their discography, as fans, friends and fellow artists watch on. A winner is later decided by Timbaland and Swizz Beatz.

Kicking off in March last year after Timbaland and Swizz Beatz issued challenges to one another, artists that have taken part so far have included: T-Pain, Alicia Keys, John Legend, Brandy, Monica, Rick Ross, DMX, Snoop Dogg, D’Angelo and many more.

This morning (November 14), VERZUZ announced that it will be putting on a “special holiday” edition of the series featuring legendary soul stars Chaka Khan and Stephanie Mills.

Dubbed “a night for the Queens”, it will take place on Thursday (November 18) at 5pm PT/8pm ET (1am BST on November 19) at The Theatre at Ace Hotel DTLA. You can either watch it online or get tickets for the live event here.

The news comes after VERZUZ announced yesterday (November 13) that influential rap groups Three 6 Mafia and Bone Thugs-N-Harmony will finally be facing off against each.

For the past 18 months, there have been conversations going on about a VERZUZ involving the two groups, who for a brief time had beef in the early ’90s.

There was an independent online battle with a similar format to VERZUZ planned for the two last year, but according to Three 6 Mafia’s DJ Paul, the latter battle was pulled last minute after Swizz Beatz called him to tell him that VERZUZ wanted to host it.

The song, which was Khan’s hit debut single release in 1978, has been reworked with the Frozen singer’s added vocals. The two musicians appear in a new music video for the song that splices portraits of women across the world sharing notes on what it is to be a woman.