HomeNewsCardi B Plots Lil Kim Collab For New Album: "I Want This...
News 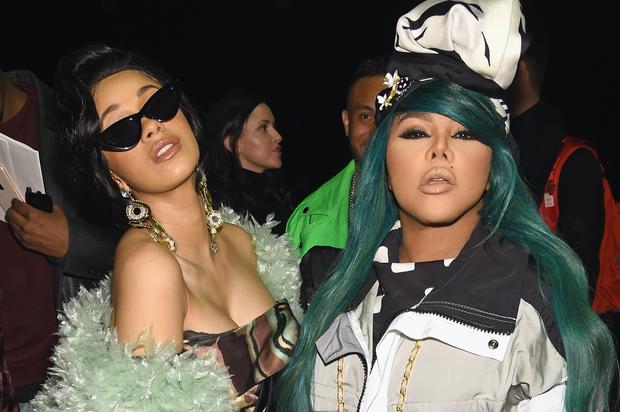 Cardi B is back in action this week with her first single of the year, “Hot Shit” ft. Kanye West and Lil Durk. The single is already set to have the summer on lock but it also seems to be the strongest indication that the follow-up to her Grammy-winning debut album will be arriving in the near future.

During a recent interview with Hot97, Cardi B revealed that she’s currently working on getting a feature from Lil Kim. Cardi has frequently cited Kim as an inspiration but the Bronx entertainer wants their joint talents to deliver an impactful moment for the culture.

“I even hit her up, like, I want Lil’ Kim on my album,” she said. “I do have a song that I think, ‘Aight she’s good for it,’ but then I’m also debating, like, on another song. Because I kinda want her on this one, too,” she continued, adding that she wants something similar to “Aunt Dot” out of Lil Kim. “But then I’m kinda debating, is that gonna be like a little bit outdated? How’s it gonna be? … And also, like, I just want the song I do with her, I want it to be like a super, like, great comeback. I just don’t want to put her on my album on a song and it’s like, ‘Cool, yeah, she had a Lil’ Kim feature.’ I want this to be like her insane…her moment.”

Cardi explained she hasn’t reached out to Kim yet but she does have an idea of how she hopes the legendary rapper approaches the track. However, she first has to decide which track she wants Lil Kim to jump on.

Cardi said that she would hope the collab with Kim would have as big of a moment as her collab with Megan Thee Stallion, “WAP.” Even on the subject of working with Meg again, she explained that they would have to “make sense.”

“If I was to do another song with Megan, I have to really make sure I do three or four songs and it’s gonna make sense because ‘WAP’ was just such a big moment,” Cardi said. “It just has to be, ‘Oh my god, they’re a great duo.’ And that’s what I really want with Kim, like something that just makes sense.”

Check out the full interview below.