HomeNewsCardi B did not “mislead” court with Paris trip, a judge has...
News

Cardi B did not “mislead” court with Paris trip, a judge has ruled 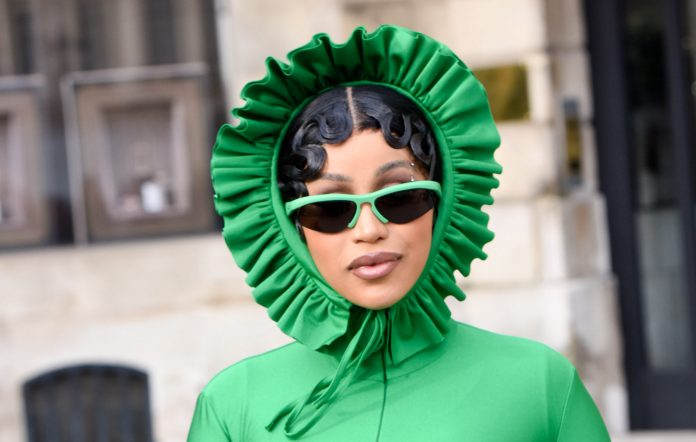 Cardi B did not “mislead” a court by travelling to Paris for Fashion Week earlier this month amid a trial, a judge has ruled.

The rapper was sued late last year by Kevin Brophy Jr., who alleged that Cardi used his distinctive back tattoo on the cover of her 2016 debut mixtape ‘Gangsta Bitch Music, Vol. 1’ without his permission.

Ahead of the scheduled trial in September, Cardi made a declaration to a court saying she needed to avoid risky travel, and, as a result, successfully had her trial (which would require her to travel to Southern California) postponed to February 2022.

She was then criticised for subsequently travelling to Paris in early October for Fashion Week. Cardi defended that decision by arguing that the “important” and “brief” work opportunity in Paris was not comparable to the nearly month-long stay in California that would be required for the trial.

As Rolling Stone reports, US District Judge Cormac Carney has now ruled in Cardi’s favour regarding the postponement of the trial, because she did not say anything “misleading” in her reasoning for requesting the delay.

In a statement, Carney said he agreed with the rapper that “travelling to Paris Fashion Week was different than traveling for this trial”.

“Whereas she was able to leave her new-born baby in New York in the care of her mother and a baby nurse for the short trip to Paris, she would not be able to make such arrangements for the lengthy travel required to prepare for and attend the trial in this case,” he added.

Rolling Stone also noted that Brophy and Cardi are set to meet at a settlement conference on December 1 in an attempt to avoid the suit going to trial.

Cardi B has not responded to the claims in Brophy’s lawsuit.

The post Cardi B did not “mislead” court with Paris trip, a judge has ruled appeared first on NME.