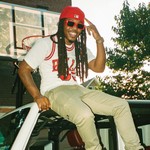 Capella Grey achieves his first top 10 on Billboard’s Hot R&B/Hip-Hop Songs chart as “Gyalis” breaks into the top tier with a 14-10 lift on the list dated Nov. 13. The song ascends as it continues to make inroads at the R&B/hip-hop and rhythmic radio formats.

“Gyalis,” released through Capella/Allepac The Family and Capitol Records, is the breakout hit for the 26-year-old, born Curtis Jackson II (and despite the similar name, he isn’t related to 50 Cent.) The single rose through the ranks on both the radio and streaming sides this summer, debuting on the R&B/Hip-Hop Airplay chart in late July and No. 12 on R&B Streaming Songs the next month. It, too, perhaps resonated with listeners based on its sample of a familiar beat — the opening instrumental of Juvenile’s “Back That Azz Up,” featuring Manny Fresh and Lil Wayne. The sonic predecessor was itself a top 10 hit on the Hot R&B/Hip-Hop Songs chart, with a No. 5 peak in September 1999.

Radio airplay has continued to boost the song’s reach. On the newest R&B/Hip-Hop Airplay chart, “Gyalis” backtracks 3-4 from its peak position, but registers its highest weekly audience total at the format, with 18.6 million in listenership in the week ending Nov. 7, according to MRC Data. The audience sum is a 3% improvement from the prior week.

Similarly, rhythmic radio, too, is a key backer in the track’s development. After first having cracked the Rhythmic Airplay chart’s top 10 in October, the track rebounds 11-8 for its second overall week in the top tier and a new best showing. There, “Gyalis” picked up 11% more plays in the corresponding tracking week, ending Nov. 7.

In October, “Gyalis” also received an extra publicity boost thanks to a new remix with contributions from Chris Brown and Popcaan. (As the original version provides the majority of its chart activity, neither Brown nor Popcaan is listed as an additional act on the song’s chart billing.)

Elsewhere, success on dual radio formats helps “Gyalis” push 24-22 on the all-genre Radio Songs chart, where the single improves 7% to 26.5 million in audience in the week ending Nov. 5.

Such gains also lead to good news for Capella Grey on the Emerging Artists chart, where he recovers 6-3 on the newest list. The current rank is his second-highest mark on the list, following his No. 2 placement on the chart dated Oct. 16.

Share
Facebook
Twitter
Pinterest
WhatsApp
Previous articleHow to Watch ‘Adele: One Night Only’ Concert Special
Next articleReason to ‘Believe’: Aries Gets Out of His Head and Follows the Sun to Make His Major-Label Debut