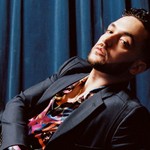 With the theme “rediscovering life through music,” the three-hour show will air live on Univision at 8 p.m. ET, preceded by a one-hour pre-show starting at 7 p.m. ET. The telecast will “invite audiences to rediscover what’s important in life using music as a storyline,” according to a statement from the Latin Recording Academy.

Camilo leads the list of nominees for the 2021 Latin Grammys with 10 nods, including nominations in the album, record and song of the year categories.

The Colombian singer-songwriter is followed in nods by tropical music icon Juan Luis Guerra with six, Spanish rapper Tangana with five nominations, and multiple artists, including Bad Bunny, with four.