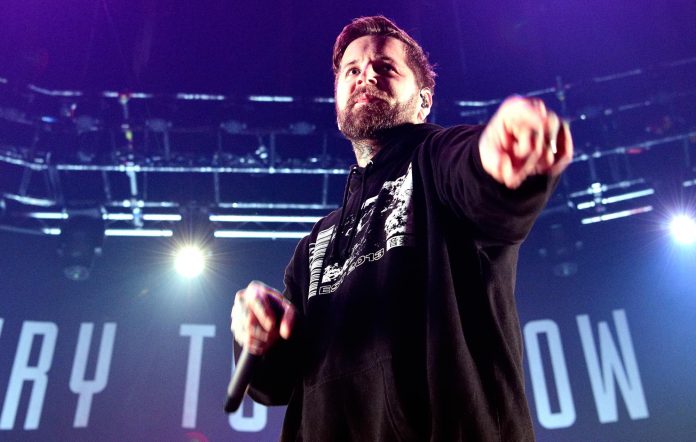 Coronation Street aired a recent storyline in which a goth called Nina Lucas was targeted by a gang who branded her a “freak” and beat her boyfriend Seb Franklin to death. The writing team worked closely with the Sophie Lancaster Foundation to deal sensitively with the issue after the real-life murder in 2007 of a young woman in similar circumstances.

Winter-Bates connected with Coronation Street after programme makers followed him on social media and the parties began talking about wanting to explore hate and discrimination against sub cultures.

The singer, who has fronted the metalcore band Bury Tomorrow since 2006, said he was attacked badly at a bus stop when he was 15 for the way he looked, which led him to shave his hair afterwards in an attempt to erase his identity. His attacker was later jailed for ABH.

He told Metro of working on Inside Stories, which sees him chat to the cast of the Coronation Street storyline: “I just respect how they’re handling social media at the moment there’s not negligence and like, ‘Oh here’s a storyline.’ They’re really active in monitoring the discussions and knowing what is not acceptable and I love and accept that and it drove me to want to be a part of it.”

It meant that Winter-Bates, who is a mental health advocate as well as an NHS worker, was more than happy to helm the project that he created the premise for, presented and also submitted spoken word segments for.

He added to Metro that he was keen to highlight that Inside Stories is aimed at those with a lack of understanding towards sub culture discrimination, and to those who might harbour a bigotry that could lead to violence.

“It’s about fundamentally understanding the power of dialogue,” he said. “It is so so important and being able to have uncomfortable conversations is the only way we can grow and certainly the only way you can reduce stigma, so the more we can talk about deeper, the better.

“It’s a way of exploring difficult journeys and also it’s a way of looking at, maybe people who are viewing it, to say you know if you’ve done this in the past, it doesn’t necessarily mean that you’re going to do that in the future.”

Viewers can head here for advice and guidance about hate crimes.

In other news, Bury Tomorrow have been confirmed for Bloodstock Open Air 2022.