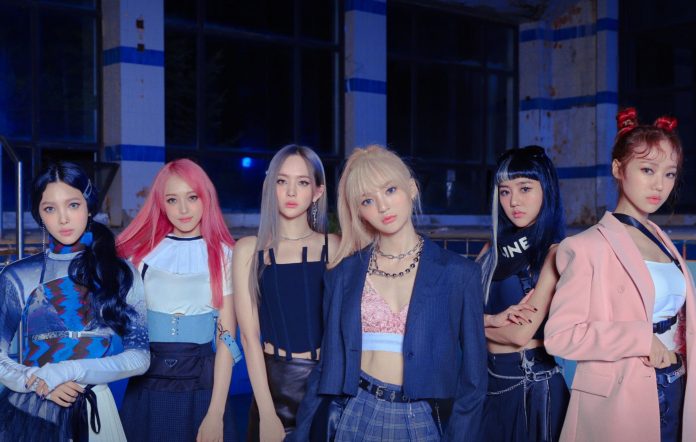 K-pop girl group bugAboo have made their debut with an electrifying new music video for self-titled single ‘bugAboo’.

READ MORE: PURPLE KISS on writing their own songs: “We didn’t know that we would end up being so deeply involved”

In the accompanying ‘bugAboo’ visual, each member appears in their own horror-themed scene, inspired by horror classics like Ghostbusters and It. Each wielding a weapon, bugAboo comically chase down various ghouls, ultimately squaring up against a huge ghostly figure at a drive-in cinema.

“Steal or take it, no no no / You can stay or go go go / As if you’re in a different world, this is not a dream,” they sing powerfully in the chorus of the addictive new single.

Both songs from the group’s debut single album ‘bugAboo’ are co-composed and co-produced by hitmaker Ryan S. Jhun, who is also the CEO of their agency, A Team Entertainment.

bugAboo are the first-ever girl group launched by Jhun, who has spent the past 10 years helming hits for K-pop groups such as TWICE, SHINee and Red Velvet. Originally set to debut in 2020, the group had delayed their first release due to the COVID-19 pandemic.

Two of the members of bugAboo, Choyeon and Eunchae, had previously appeared on Mnet’s idol audition programme Produce 48, where they ranked in 50th and 32nd place respectively. Meanwhile, member Cyan had starred in fellow A Team Entertainment boyband VAV’s ‘Made For Two’ music video.