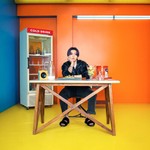 Jungkook keeps the song true to form and sings the lyrics with a beautiful tenor and clarity, much like Styles did in the original version. Jungkook peppers the emotive lyrics with his unique vocal tone and hits the song’s soaring high notes with ease. “I’m falling again, I’m falling again, I’m falling/ And I get the feeling that you’ll never need me again,” Jungkook belts by the bridge’s end.

“Falling” was released as the third single from Styles’ sophomore album, Fine Line. The ballad charted on the Billboard Hot 100 at No. 62. The album was an overall success for the One Direction member, hitting No. 1 on the Billboard 200 chart upon its release.

This isn’t the first time Jungkook has surprised the devoted members of BTS ARMY with a solo cover. He previously recorded his own versions of Justin Bieber’s “Purpose,” Lauv’s “Never Not,” Selena Gomez and Charlie Puth’s “We Don’t Talk Anymore,” and several other covers.

The 24-year-old spoke with Billboard in May about his yet-untitled solo mixtape — which fans refer to a JJK1 — and revealed it’s been difficult to work on because of his perfectionist tendencies. “When I create something and come back to it later, I feel like I can do better,” he said. “But then Suga gave me a piece of advice that it doesn’t have to be perfect…so I’m working hard searching for my own color.”

Listen to Jungkook’s cover of “Falling” below.