HomeNewsBTS and Coldplay to perform ‘My Universe’ live for the first time...
News 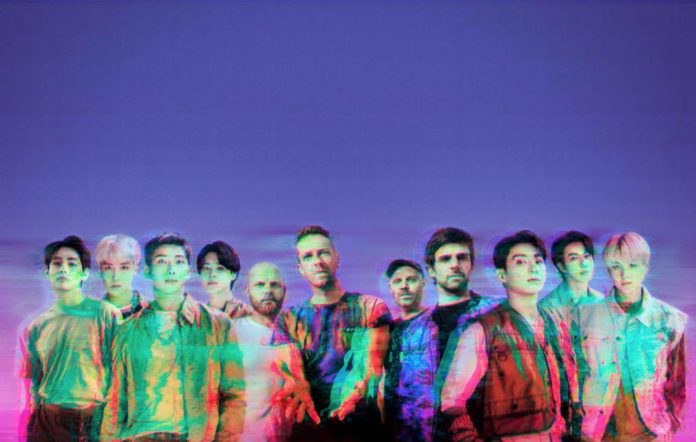 K-pop powerhouses BTS will be performing ‘My Universe’ live for the first time with Coldplay at this year’s American Music Awards (AMAs).

The boyband announced their forthcoming performance through Twitter at midnight KST on November 18. It will be the first time the two bands will be performing their joint single together live on the same stage. The performance will be aired during the awards ceremony, set to take place on November 21 from 8pm ET (1am GMT).

We’re bringing “My Universe” to the @AMAs with our friends @coldplay!#MyUniverseAMAs #BTSxAMAs #BTS #방탄소년단 pic.twitter.com/dXIc9SD8xR

Earlier this month, BTS also annocuned that they would be perofmring their ‘Butter’ remix with Megan Thee Stallion during the awards ceremony. The Houston rapper added a brand-new verse to the Hot 100 chart-topping hit this summer, following a high-profile battle with her label for the remix’s release.

More artists have also been confirmed to perform at the awards show including Olivia Rodrigo, who leads the nominations with seven nods across all categories. Bad Bunny, who is up for five awards, will also give the first live performance of his collaboration with Tainy and Julieta Venegas, ‘Lo Siento BB:/’.”

Last week, Spotify Korea and World Music Awards announced that BTS’ ‘Yours’, his contribution to the soundtrack of the K-drama series Jirisan, has become the first song from a Korean OST to enter Spotify’s Top 50 Global Chart.

‘Yours’ marks the BTS member’s second appearance on the soundtrack of a K-drama, and his first-ever solo contribution. Jin had previously released a duet with bandmate V titled ‘It’s Definitely You’ for the 2016 period drama Hwarang: The Poet Warrior Youth.

The post BTS and Coldplay to perform ‘My Universe’ live for the first time at AMAs appeared first on NME.