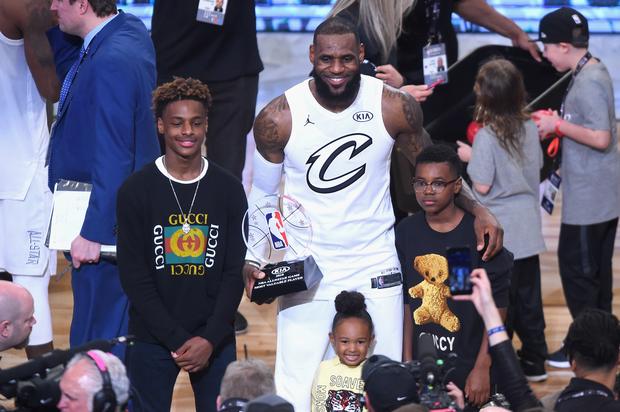 LeBron James has been training Bronny and Bryce this summer, and there is no doubt that they are going to be a dynamic duo at Sierra Canyon this year. They are going to be teammates for the very first time, and we’re sure we will be seeing LeBron courtside for as many games as possible.

As it turns out, Bronny and Bryce are currently playing with each other in London as there is a big club tournament going on. The two brothers are playing for a team that represents the United States, and as you can see in the clip below, Bryce entered the game so that he could be on the floor with his older brother for the very first time.

Bryce put up some very nice highlights, and as you can imagine, LeBron was incredibly proud of his kids. The proud father even took to Twitter where he wrote “Man I’m literally watching Bronny and Bryce on the court together for the first time in a game situation!! This is INSANE!! I’m EMOTIONAL AF!! WOW.”

Seeing your two sons play on the same court has to evoke a ton of emotions, and it’s great to see LeBron so hyped up about it. Bronny and Bryce have very bright futures, and we can’t wait to see what else they do.