HomeNewsBrody Dalle pleads not guilty to contempt in custody battle with Josh...
News 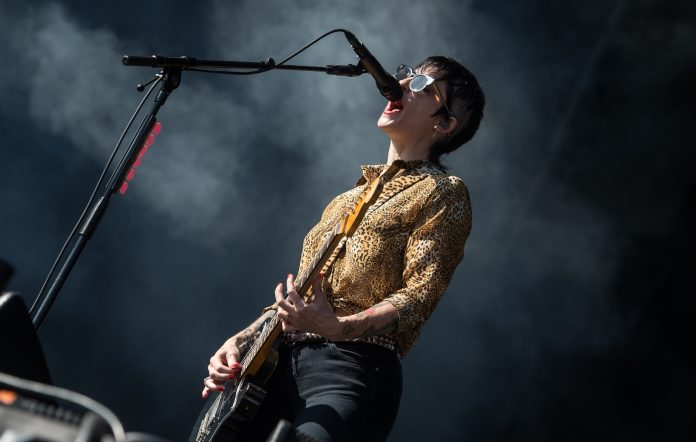 Brody Dalle has pleaded not guilty to contempt in the ongoing custody battle between the Distillers frontwoman and her ex-husband, Queens of the Stone Age‘s Josh Homme.

As Rolling Stone reports, Homme is accusing Dalle of violating an equal custody agreement made in October last year and “alienating” Homme from his children by allegedly not allowing him to see them. He is seeking for Dalle to face fines and either community service or jail time.

The contempt charge stems from an incident on September 3, when it’s alleged Dalle violated the agreement by not releasing the children into Homme’s care as planned.

A week later, Dalle requested a restraining order against Homme on behalf of their two sons. The filing claimed that the boys were scared their father was going to hurt them, along with allegations of physical and verbal abuse.

A judge denied that request, but a temporary restraining order against Homme was granted to the boys’ sister. She had reportedly asked for her order to include her younger brothers at the time, but this was also denied.

The order, which was later extended until November, bars Homme from making contact with his daughter, and requires him to keep a distance of at least 100 yards. In the meantime, Homme was granted 15-minute FaceTime calls with his sons every other day.

Homme’s daughter’s initial filing reportedly contained accusations echoing those of her brothers’, including allegations that Homme “abuses them physically and emotionally with flicks to the ear, put-downs, threats against their mother [and her boyfriend] and groping of the boys’ privates”.

Homme and Dalle were both present during a hearing in a Los Angeles courtroom yesterday (October 13). According to Rolling Stone, the judge handling the case indicated he intended to have monitoring equipment installed in both parents’ homes in order to assess the situation. Those would be active from tomorrow (October 15), when Homme is set to resume custodial time with his sons.

“It is my intention to order professional monitors in both homes during the parents’ custodial times,” Los Angeles County Superior Court Judge Lawrence Riff said. A follow-up hearing is set for tomorrow morning.

Dalle previously took out a restraining order against Homme following their 2019 divorce, claiming he showed up at her house and head-butted her. Homme later took out a protection order against Dalle, alleging she would show up at events he was attending to trigger a violation of the order against him.

The post Brody Dalle pleads not guilty to contempt in custody battle with Josh Homme appeared first on NME.