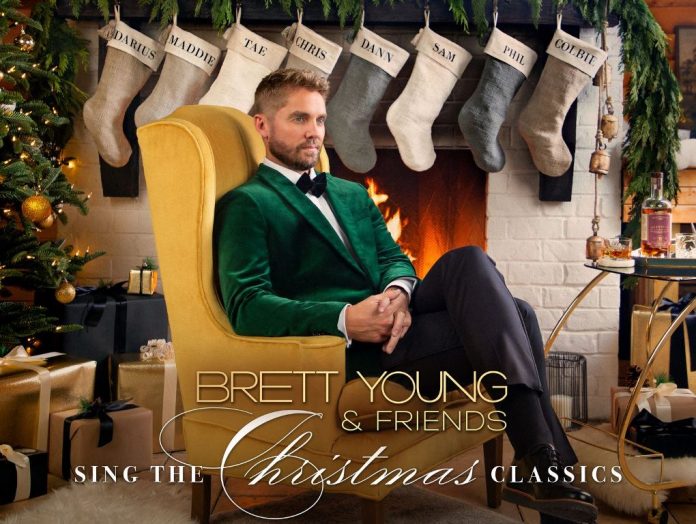 Later this year, Young will bring the album’s soulful stylings and must-see duets to television with “CMT Crossroads Christmas: Brett Young & Friends.”  More details will be announced in the coming weeks.

Aptly titled, these yule-tide pairings find Young trading stirring harmonies and celebrating the warmth of the holiday season with fresh takes on traditional songs. Donning “the smoothest vocals in the business” (Nashville Lifestyles), Young and producer Noah Needleman tapped into a suave, jazzy production throughout the project after getting in the spirit with Young’s “Silver Bells” last year.

“I’ve always known that I wanted to make a Christmas album one day, it was just a matter of figuring out how I could do something a little bit different. We tapped into an old school, lo-fi sound with ‘Silver Bells,’ and knew we had the blueprint for a full album. It means the world that so many incredible artists who I respect were open to singing with me on the project… we don’t take the title ‘Brett Young and Friends’ lightly!”