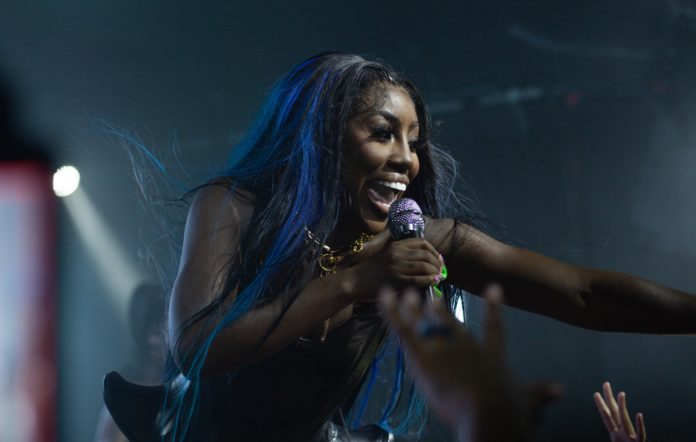 Bree Runway has announced her first ever headline tour, with a trio of shows booked for 2022 – check out the dates below.

READ MORE: Bree Runway live in London: statement of intent from a superstar-in-waiting

Following a pair of shows at London’s Colours back in September, Runway has confirmed that she’ll be heading out on tour in March 2022, taking in Manchester, Birmingham and London.

Tickets for the shows go on sale on Thursday (November 18) and will be available here. Fans will also have access to a pre-sale which goes live November 17.

Bree Runway’s tour dates will be as follows:

Speaking to NME last year during lockdown, Runway admitted she was “really sad” about not being able to play live. “Everything had been building up so nicely and it would have been great to connect with people in real life. When I do finally have a headline show, I want to focus on fashion and theatrics, bringing what I do now to the stage.”

Runway released her debut EP ‘2000AND4EVA’ last November and has been working on the follow-up in LA. Her first new track of 2021 came in March, the Busta Rhymes-sampling ‘Hot Hot’ before she teamed up with Glass Animals for ‘Space Ghost Coast To Coast’ and worked on Lady Gaga’s ‘Chromatica’ remix album.

Recently Runway also shared a clip of new music. “Made this today and I’m sooo obsessed,” she captioned a tweet which featured a video of her driving through LA with a snippet of the new song playing in the background. “I don’t know how to solve it, solve it,” she can be heard singing over glittering synths and big bass.

Reviewing her recent headline show in London, NME said: “Throughout the entirety of Runway’s short but dynamic set, you’re struck by the feeling that you’re witnessing something special.”

“There won’t be many more occasions where she plays a venue as small as this; a room that can barely fit all of her energy and talent inside its four walls.”