Breakdancer Asia One trying to raise $80,000 to rescue Afghan hip-hop dancers from Taliban 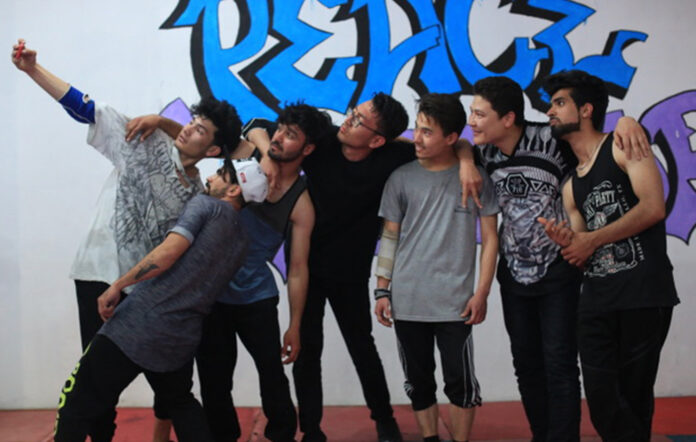 Nancy Wu – a visionary breakdancer and activist better known as Asia One – has set out to help rescue a group of Afghan dancers hiding from the Taliban.

Her relationship with them began in 2019, The Guardian reports, when a member of the group (labelled as Moshtagh, his actual name redacted for safety) reached out to Wu in hopes of strengthening their international presence. But when the Taliban launched an offensive on Afghanistan in 2021, Moshtagh’s group made the snap decision to flee the nation’s capital of Kabul.

Wu told The Guardian that such a decision was “based on complete fear”, noting that Moshtagh and his cohort were driven by an “overwhelming sense of survival” because “they felt so threatened by the Taliban based on their western practices”.

She explained that Moshtagh pleaded for Wu to help them out: “He said, ‘I feel like you guys have an obligation to help us,’ and I was like, ‘What do you mean?’ And he said, ‘Well, you know, we’re all just hip-hop family.’ And … the more and more we spoke, the more and more I realised that much of what he was saying was true.”

Wu – who runs the LA-based non-profit No Easy Props, which runs hip-hop classes and events for the city’s marginalised communities – said the exchange “awoke [her] thought process”. She continued: “Here are some people that feel invisible. And hip-hop was started by a group of people that felt invisible. To me, not being able to practise hip-hop is one thing, and not being able to live is another thing.”

Wu has now launched a campaign to help the group and their families – 20 people in total – to “get out and seek asylum in a safe country”. She wrote in a statement linked to the crowdfunding initiative: “These artists have risked their lives to peacefully express their views, spur hope, and provide a voice to marginalized groups.

“They are all currently hiding in neighboring countries, at risk of arrest which entails: deportation to Afghanistan, exposure to torture, violence and other forms of inhumane treatment in both countries. We need your support to get them and their families safely out of the region NOW.”

You can donate to the campaign here.

The post Breakdancer Asia One trying to raise $80,000 to rescue Afghan hip-hop dancers from Taliban appeared first on NME.