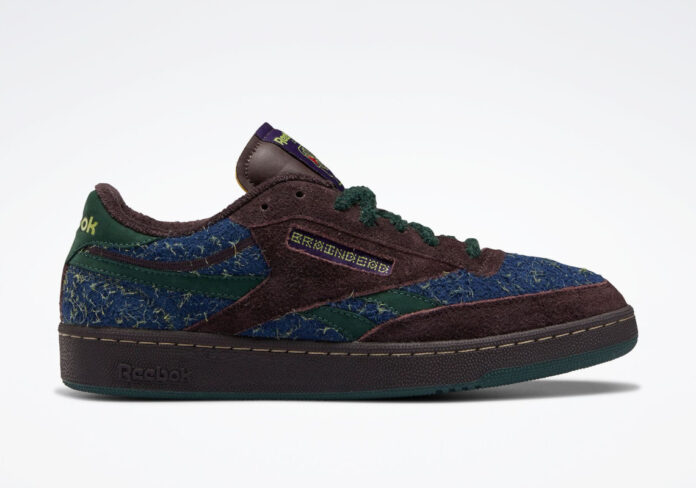 BRAIN DEAD and Reebok aren’t strangers to one another, having collaborated on the latter’s more experimental silhouettes over the last three years. For their latest joint-effort, both parties have opted for the classic Club C Revenge.

While rooted in heritage, the silhouette has been reimagined by Kyle Ng and Ed Davis. Panels across the entirety of the upper boast a fuzzy, moss-reminiscent build. Deep browns and blues work in-tandem with shades of green throughout the shoe for an arrangement that mimics overgrown grass and other natural phenomena. Ng and Davis’ label’s iconic logo is combined with the Reebok Classics emblem, while “BRAINDEAD” text replaces traditional branding at the lateral sidewall. Down below, the latest offering from the developing relationship also dons earth tones, with the midsole opting for a muted brown that allows the dark green outsole to pop that much more.

Enjoy official images of the pair here below, and anticipate a Reebok.com launch soon.

The post BRAIN DEAD Has A Reebok Club C Revenge Collaboration On The Way
appeared first on Sneaker News.

The post BRAIN DEAD Has A Reebok Club C Revenge Collaboration On The Way appeared first on Sneaker News.