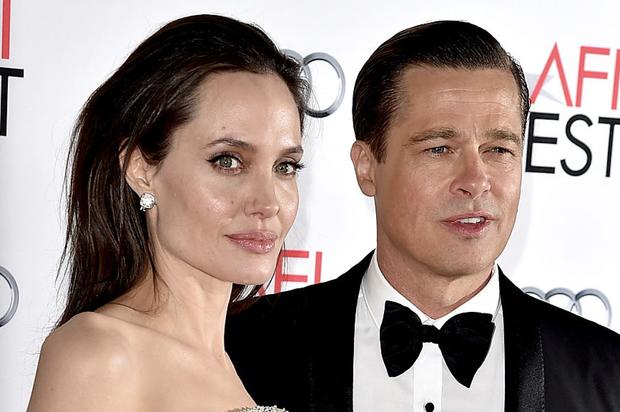 Following the chaotic coverage of Johnny Depp and Amber Heard’s defamation trial, Brad Pitt and Angelina Jolie are getting the celebrity divorce headline treatment as an FBI report filed by the latter has revealed more details about their infamous alleged 2016 fight.

As Page Six reports, the “Salt” actress has maintained that she and her children were resting on an aircraft while flying from Nice, France to Los Angeles. The kids are said to have told their mom to “look” at 58-year-old Pitt, who was pouring “a glass of red wine,” though he made quite a mess, getting it “all over the chair” and not cleaning up “for the rest of the flight.”

According to Jolie, she “later” learned that her then-husband’s antics “caused approximately $25K in damages.” After the incident with the wine, things seemingly only got worse.

The mother of six has alleged that Pitt poured beer on her “and the blanket she was sleeping under,” punched the ceiling of the plane multiple times, “pushed” her, and even ran “toward [one of their kids] like he was going to attack.”

On top of this, it’s been noted that the 47-year-old accused her ex of verbal abuse, and stated that he compared one of their shared children to “a Columbine kid” who might “kill someone.”

Days after the chaotic flight, Jolie filed for divorce. In the unsealed reports, she alleged that she injured her elbow and back while trying to stop him, sharing photos of her purported injuries which have also been making rounds online.

Though Pitt has yet to comment on the allegations, he did speak with GQ about his decision to get sober back in 2017. “I was boozing too much. It’s just become a problem,” he admitted. “I’m really happy it’s been half a year now, which is bittersweet, but I’ve got my feelings in my fingertips again.”

At this time, the FBI hasn’t criminally charged the Inglourious Basterds actor over the incident. Tap back in with HNHH later for more pop culture news updates.