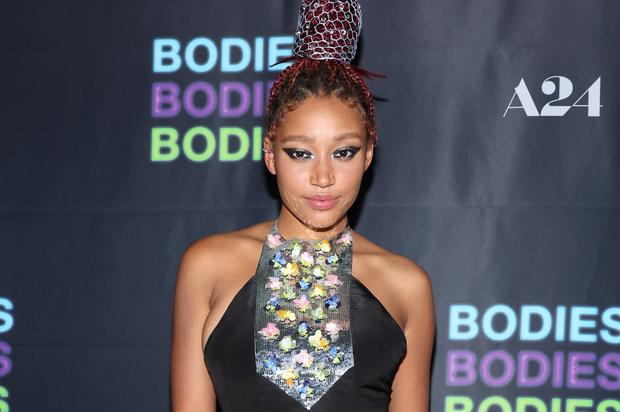 Amandla Stenberg, who stars in A24’s new comedy/slasher film, Bodies Bodies Bodies, has apologized to New York Times critic Lena Wilson, after going to her DMs where Stenberg called her out for focusing on her cleavage. Wilson had written a piece for the Times arguing that the film is an example of A24 sexualizing young girls’ bodies and referring to it as a “95-minute advertisement for cleavage.”

“Your review was great,” Stenberg wrote in the DM that Wilson later shared on Twitter. “Maybe if you had gotten your eyes off my tits you would’ve watched the movie!”

Wilson wrote back: “Hey, Amandla! Generally a big fan of your work, but this sure is something. Really wishing you well in your career and life. Have a nice night.”

Stenberg addressed the incident and explained why she messaged Wilson in a series of videos posted to her Instagram Story, Thursday. She said that she felt frustrated by the attention being put on her body and that she helped pick out her character’s costume.

“The amount of commentary that I’ve received on my boobs is so extreme, and this has happened since I was a teenager,” she said. “There seems to be a lot of unwarranted conversation around my chest that kind of baffles me.”

Stenberg added: “I could literally be wearing a t-shirt, and just because of the size of my boobs, there will be some sort of sexualization or commentary on my chest. In this movie, I’m wearing a tank top, and I know that when I’m wearing a tank top, the result is there’s going to be some cleavage, because I have boobs. So I knew this comment was mostly directed towards me and I think Lena was trying to make a commentary about A24 sexualizing me, sexualizing my body, exploiting young women in order to sensationalize them in order to make their media more popular. I understand the angle.”

“I can tell you that I wore this tank top in this movie because me and the costume designer thought that it fit the character well,” she continued.