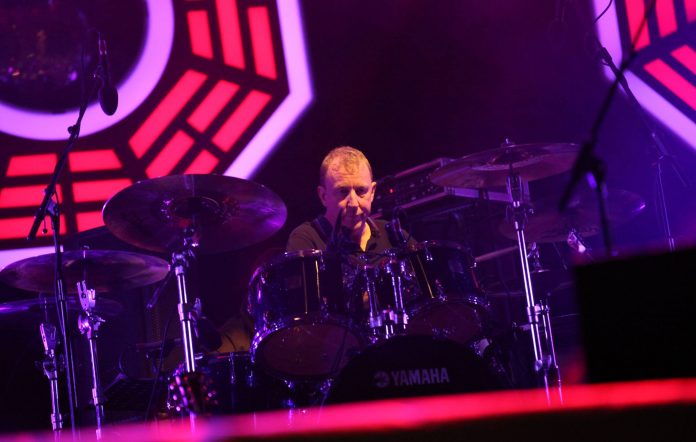 As well as enjoying success as Blur’s drummer since 1988, Rowntree has more recently been working on music for film and TV. His compositions have appeared in titles such as the Bros documentary After The Screaming Stops, BBC series The Capture and Netflix’s The One. He also hosts The Dave Rowntree Show podcast on Spotify.

“As a kid I used to spend hours spinning the dial on my radio, dreaming of escape to all the places whose exotic stations I heard,” Rowntree said in a statement.

“I’ve tried to make an album like that – tuning through the spectrum, stopping at each song telling a story about a turning point in my life, then spinning the dial and moving on. I’m very excited to be releasing the album on Cooking Vinyl next year.”

He joins artists like Sophie Ellis-Bextor, Del Amitri, Babymetal, Nina Nesbitt, Will Young and more on the Cooking Vinyl roster. His as-yet-unnamed debut solo album is due to be released in 2022.

Earlier this year, Rowntree hinted that Blur would be looking to reunite on stage once again whenever the coronavirus pandemic ends.

Blur last played live together in March 2019 during frontman Damon Albarn’s ‘Africa Express: The Circus’ gig in Leytonstone, London, where they performed ‘Clover Over Dover’, ‘Tender’ and ‘Song 2’.

Last year, Albarn said that he would be interested in playing live with Blur again in the future. “I only do it because there’s a joy in doing it. It’s an absolute treat. I can’t wait to sing ‘Parklife’ again.”