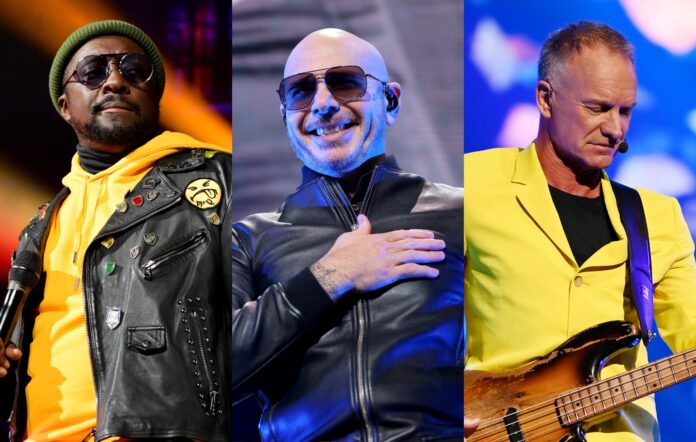 The Black Eyed Peas, Pitbull, Sting and more artists will perform in an ancient volcano crater for the inaugural Atlantis Concert for Earth event in July.

Scheduled to take place in Azores, Portugal on July 22 and 23, the nonprofit concert for global conservation will feature headliners the Black Eyed Peas and Pitbull, as well as supporting acts Stone Temple Pilots, Sting (in a virtual performance), Bush, Mod Sun and Girlfriends. The concerts will be hosted by Nicole Scherzinger, who will also put on a special performance.

The two-day concert will take place inside the Sete Cidades Massif volcano, which last erupted in 1880. The crater acts as a natural amphitheatre and sits alongside two lakes. Tickets are currently on sale for Azores locals, and can be purchased here.

A post shared by Atlantis Concert For Earth (@concertforearth)

Conceptualised by Atlantis Entertainment CEO and co-founder Nuno Bettencourt – also known as the guitarist for veteran hard rock band Extreme and a producer who has worked with the likes of Rihanna and more – the two-day event will reportedly be a low-emission hybrid event.

In a statement on the event’s official website, Bettencourt said Atlantis Concert for Earth is meant to “showcase the incredible solution-driven work of leading conservationists and organizations from around the world” in an effort to “flip the current narrative of climate and conservation from blame, anger and doom to positivity”.

Select performances from the concert will be broadcast to the world via Veeps on July 23.

The lineup for Atlantis Concert for Earth is: