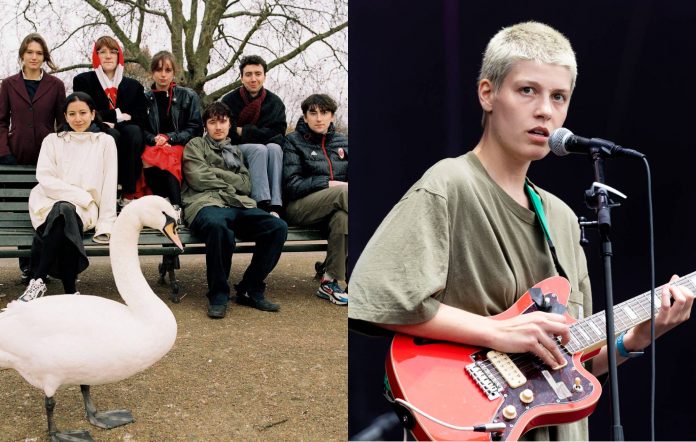 Black Country, New Road and Porridge Radio are among the artists who are set to perform at the Climate Music Blowout event in London this weekend.

The event, which will take place at EartH in Hackney, London on Sunday (October 17), will include a full evening of live music, following a conference where leading UK music industry figures and artists will discuss how music can play a leading role in the response to the climate emergency.

Black Country, New Road and Porridge Radio (who will be performing a covers set) will both play on the night on a bill which also includes Skinny Pelembe and Steam Down. Goat Girl will be the resident DJs for the evening, while Jessica Winter will serve as the compère.

Black Country, New Road will deliver a one-off performance “based around an improvisation game of the band’s design”, with the band set to be joined by a number of special guests throughout their set.

Tickets for both the Climate Music Blowout conference (which is free to attend) and gig are on sale now from here.

Elsewhere, Aurora is among the acts who are set to perform live at a special climate and culture event during COP26, the upcoming United Nations climate change conference.