HomeNewsBjörk says new album is for people “making clubs in their living...
News 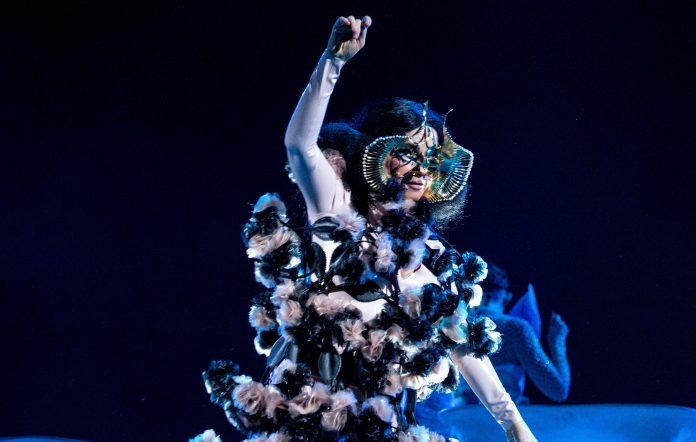 Björk has shared some details of what to expect from her next album, including its readiness for at-home clubbing, in a new interview.

The Icelandic musician has been working on the follow-up to her last record, 2017’s ‘Utopia’, in recent months.

In an interview with Iceland’s national broadcaster RÚV, Björk said her 10th studio album is “for people who are making clubs at home in their living room, restricted to their ‘Christmas bubble’”.

Of the record’s sound, she described it as being like “a man who was headbanging, then sat down again and had another glass of red wine, and everyone is home by 10 o’clock, done with the dancing and everything”. According to the artist, the songs are mostly around 80-90 beats per minute because that is the speed she walks at.

“But in this new album there’s a lot of chill in the first half of the song and a lot of calm in the second half, but when there’s one minute left the song turns into a club,” she added.

Speaking about her feelings during the pandemic, Björk said she had “never had such a great time”, adding that she had “not been that pumped since I was 16”. “Waking up every day in my bed, always so surprised and grounded and calm,” she said. “We as Icelanders are very lucky because we are doing pretty well compared to other nations that have had to deal with this pandemic.”

While a new album is on the way from the star, she will also continue to tour her immersive theatrical show ‘Cornucopia’ next year. Earlier this month, Björk confirmed new dates for the concert to take place in Los Angeles in January and February 2022.

Meanwhile, the musician will return to the UK in July as one of the headliners at Bluedot Festival at Jodrell Bank Observatory. She will be joined by The Hallé Orchestra for her performance, which will also feature bespoke visuals that will be projected onto the 250-foot Lovell Telescope.

The post Björk says new album is for people “making clubs in their living room” appeared first on NME.