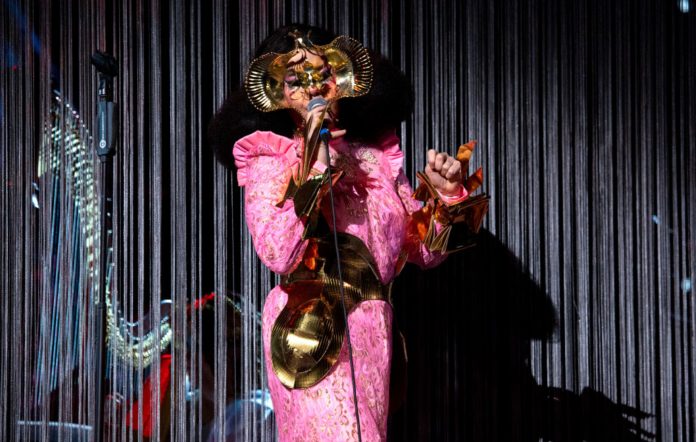 Björk has said she is currently “finishing” her upcoming 10th album, revealing that it will “probably come out in the summer”.

Back in October 2021, the Icelandic musician explained that the follow-up to 2017’s ‘Utopia’ was “for people who are making clubs at home in their living room” during the COVID-enforced lockdown.

Björk described the record’s sound as being like “a man who was headbanging, then sat down again and had another glass of red wine, and everyone is home by 10 o’clock, done with the dancing and everything”.

The artist also revealed that her new tracks were mostly around the 80-90 beats per minute mark because that is the speed she walks at.

Speaking in a new interview with LA Weekly this week, Björk explained: “I’m finishing [the new album] now, and it should probably come out in the summer.

“It’s always really hard for me to describe the album while I’m still making it. It isn’t until a few months later that I can look in the mirror and pretend there was a logic to it the whole time.”

During a separate conversation with The Mercury News, the singer said the record’s release date “depends on the speed of publishing in 2022”. “It’s sort of out of my hands,” she continued. “But I would say summer. That’s a rough estimate.”

Elsewhere in the LA Weekly chat, Björk said the lifestyle changes brought on by the pandemic “were not that huge” in Iceland.

“I managed to write a whole album without travelling breaks, which felt absolutely delicious!” she told the outlet of her own experience. “I haven’t stayed so much home since I was 16 – loved it!”

Björk will take her theatrical ‘Cornucopia’ show to the Shrine Auditorium in Los Angeles on January 26, 29 and February 1, before performing at San Francisco’s Chase Center on February 5/8.

A pair of special orchestral concerts in Miami, Florida are scheduled for February 13 and 16 ahead of further dates in Europe this summer.

Meanwhile, Björk is set to return to the UK in July as one of the headliners at Bluedot Festival at Jodrell Bank Observatory.

The post Björk says her new album will “probably come out in the summer” appeared first on NME.